Know why buying gold and utensils is considered auspicious on Dhanteras 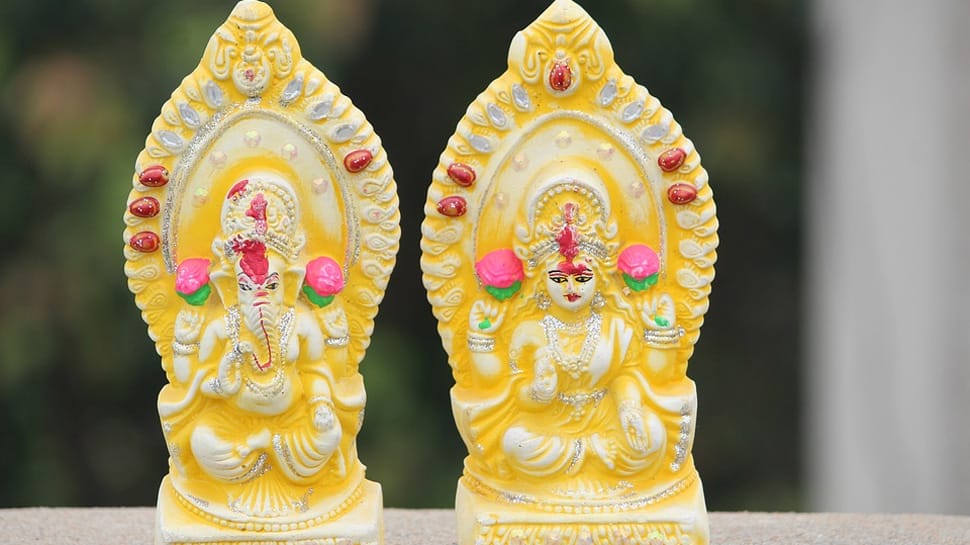 New Delhi: The auspicious occasion of Dhanteras is celebrated this year on October 25, Friday. Usually, Dhanteras marks the first day of Diwali. Interestingly, the festival also goes by the name 'Dhanatrayodashi' or 'Dhanvantari Trayodashi'. The word 'Dhan' means wealth and 'Trayodashi' means 13th day as per Hindu calendar.

On Dhanteras, usually, people throng markets to either purchase gold, silver ornaments and coins or buy new utensils. But have you ever wondered why? Well, we thought of digging deeper and found that there are various age-old legends and beliefs related to it.

It is largely believed that on Dhanteras goddess Lakshmi visits the homes of her devotees and fulfils their wishes. It holds special significance for the business community due to the customary purchases of precious metals on this day. Also, Lord Kubera (Dhan-Kuber), the God of assets and wealth is also worshipped on this day.

Here are the legends and beliefs related to Dhanteras and Diwali:

The legend has it that once a 16-year-old son of King Hima was in trouble as his horoscope predicted death by a snake-bite on the fourth day of his marriage. Therefore, on the very day, his newly-wed wife did not allow him to sleep. She laid out all her ornaments and lots of gold and silver coins in a heap at the entrance of the sleeping chamber and lit lamps all over the place.

She then started narrating him stories and sang songs to keep her husband awake. The next day, when Yama, the God of Death, arrived at the prince’s doorstep in the guise of a serpent, his eyes were blinded by the brilliance of the lamps and the jewellery. Yama could not enter the Prince's chamber, so he climbed on top of the heap of gold coins and sat there the entire night listening to the stories and songs.

However, in the morning, he silently went away. Thus, the young prince was saved from the clutches of death by the cleverness of his new bride, and the day came to be celebrated as Dhanteras.

The following day came to be called Naraka Chaturdashi. Since this is the night before Diwali, it is also called 'Chhoti Diwali'. There is another legend which goes back in time when gods and devils churned the ocean for 'Amrit' (during Amrit Manthan), at that time Dhanvantari (Gods’ physician) emerged out of it carrying a jar of the elixir on the auspicious day.

In India, it is believed that if you buy gold, silver or new utensils on Dhanteras then it brings good luck to the family. Also, it is a customary practice to buy new clothes for the festivity where people like to dress up in their ethnic best and get ready to worship Maa Lakshmi.

Homes are properly cleaned on this day and ahead of the Diwali festival to welcome the almighty and his blessings.

Lakshmi Puja is performed in the evenings when Diyas of clay are lit to drive away from the shadows of evil spirits. The entire night is filled with singing devotional bhajans in praise of the Goddess Lakshmi. Devotees sit with their families and pray to Lord Ganesha and Goddess Lakshmi on the day where prasad in the form of sweets or puris is offered to the divinity; later distributing it among each other.

Also, Lord Dhanavantri—the god of health and Ayurveda is worshipped in the evening.

Happy Dhanteras 2019: Send these WhatsApp, Facebook and text messages to your loved ones