Makar Sankranti is celebrated across the nation on January 14, 2019 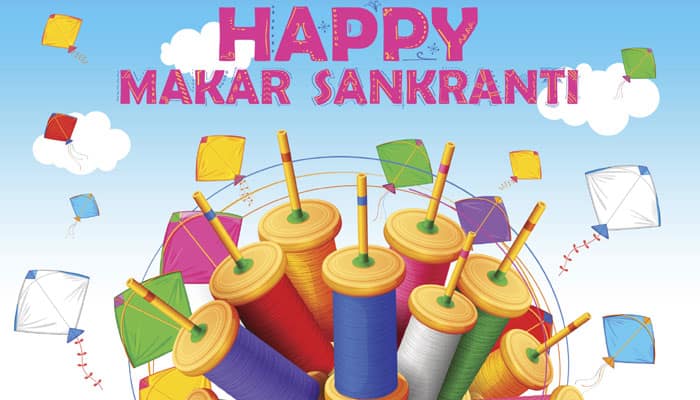 New Delhi: Makar Sankranti is celebrated across the nation on January 14, 2019. The term 'Sankranti' means movement and 'Makara' represents Capricorn. Thus, it defines the movement of the sun into the zodiac sign of 'Makara'. It is a solar event that marks the beginning of the spring season, which makes the day longer and symbolizes the end of the winter solstice.

The day marks the auspicious phase of Hindu culture which is considered sacred to perform rituals. Many people considered the day to be the beginning of the month of Mah of the Hindu Solar calendar.

The festival  is addressed by different names in various parts of the country:

People in Punjab perform this festival as Lohri by lighting up a bonfire.

Bihar and Jharkhand celebrate 'Khichdi' by offering sesame seeds and oil to the bonfire.

On Sankranti people in Haryana and Delhi, newly wedded couples are greeted and blessed by elders in the family.

In Andhra Pradesh people feed animals to highlight the importance of sharing and caring.

'Uttarayan' is celebrated in Gujarat, where people fly kites on the terrace and playgrounds.

'Pongal' is celebrated in Tamil Nadu, where people cook rice and milk in a pot until they overflow.

'Suggi' is celebrated in Karnataka, where people make rangolis and enjoy kite flying.

The festival of 'Makar Sankranti' is also celebrated in other states like Rajasthan, Assam, Odisha, Maharashtra etc with great zeal and much celebrations.

Daily Horoscope: Find out what the stars have in store for you - January 14, 2019