This year, the festival of Navratri begins from September 29. Here are some legends associated with the auspicious festival. 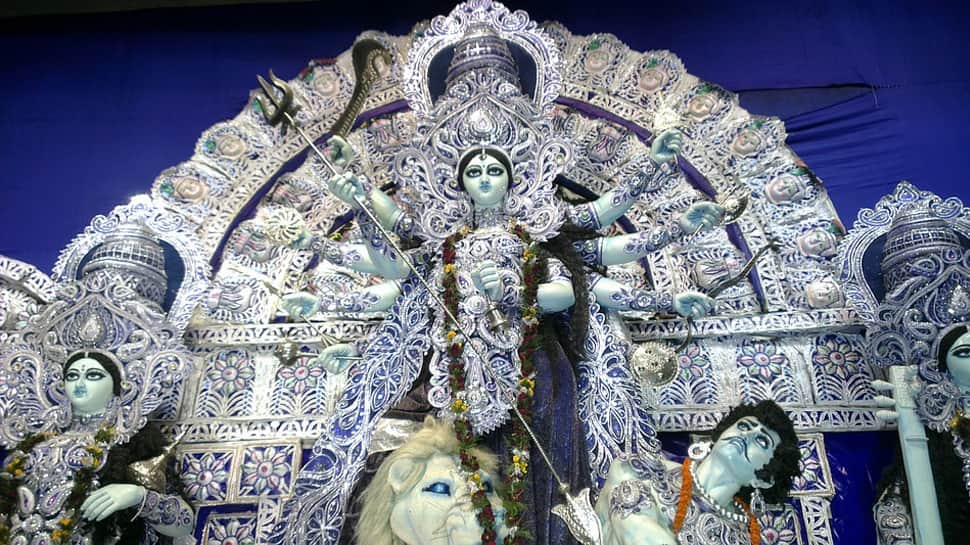 These numerous interesting tales are bewildering and miraculous. So we thought of imparting these amusing legends of Navratri on this auspicious occasion to chasten and scintillate your anticipation.

Here are some legends associated with the festival of Navratri

The legend of Mahishasura is most prevalent in North India. According to the Markandeya Purana, the Buffalo-headed demon, Mahishasura, worshipped Lord Shiva and practised severe austerities in accordance to gain a boon of being invincible. On pleasing Lord Shiva, he asked him that no masculine figure, neither any God nor Demon, be capable of defeating him, as he considered women to be feeble and incapable of his demise, which became the ultimate reason of his pompous and aloof character. He took the leverage to his prevalence, and blinded by his indomitable power, established his martyrdom on women and the weak, torturing and spreading misery all across the Earth. Riled by his vanity, the Trimurti; Brahma, Vishnu and Mahesh decided to amalgamate their powers, giving rise to the supreme power, Maa Durga, the warrior Goddess. Smitten by her beauty, Mahishasura proposed her for betrothal, to which she challenged him to win the battle with her if he wishes so. The battle continued for a whole nine days which we celebrate today as the Navratri. Maa Durga beheaded Mahishasura on the tenth day, rejoiced as Vijaya Dashmi.

Prajapati Daksh, the father of Sati, despised Lord Shiva and shunned him from all the yagnas owing to his grotesque and hideous attire. Despite his antagonism, his daughter, Sati married Shiva, vexing his ego and self-pride. He organized a maha yagna, inviting all the deities leaving out Shiva and Sati. After going uninvited to the yagna, Sati faced humiliated and took this as an insult to Lord Shiva. Unable to withstand the ridicule, Sati immolated herself in the agnikund, sacrificing her life and inflaming Lord Shiva's fury. Drowned in agony and ire, he performed Tandav, unleashing the destructive forces of Kal Bhairav to kill Daksh. To put an end to the catastrophic anger of Lord Shiva, Vishnu cut Sati's body with his Sudarshan chakra, and parts of her charred body fell on different parts of the Earth known as the Shakti Peeth, with a Kal Bhairav beside each of them to provide protection. This is the reason why Batukamma Panduga meaning 'come alive Mother goddess' is celebrated during the Navratri in Andhra Pradesh, dedicated to goddess Shakti.

The Legend of Rama

It is believed that in order to rescue his wife, Sita, from the forceful confinement of Ravana, Lord Rama worshipped Goddess Durga's nine incarnations, making lotus as an offering to her, in order to invoke all her strength and power to kill ten-headed Ravana. He performed 'çhandi pooja' and worshipped devotedly for nine days, dedicating one day to each incarnation. On falling short of one lotus on the ninth day, he decided to offer his one eye as a sacrifice. However, Maa Durga appeared before him, and stopped him from making the grave sacrifice and blessed him. On the tenth day, he defeated the evil Ravana, which is today celebrated as Dussehra in many parts of the country.

The less heard folklore is that of Kautsa, who was the son of Devdutta. After completion of his education, he forced his Guru, to asking him for Gurudakshina. Guru Varatantu, who imparted him with all the guidance and learning, asked him for 14 crore gold coins, one for each of the 14 sciences. Seeking aid, he approached Raghuraj, who was an ancestor of Lord Rama, failing which he went further to Lord Indra. Being unable to provide Kautsa with 14 crore gold coins, Indra requested Kuber, the god of wealth to shower gold coins on the 'shanu' and 'apati' trees near Ayodhya, which enabled Kautsa to give his Gurudakshina. On the occurrence of this event on the day of Vijaya Dashami, it is a custom in some places to gift the apati tree leaves as an auspicious symbol of prosperity.