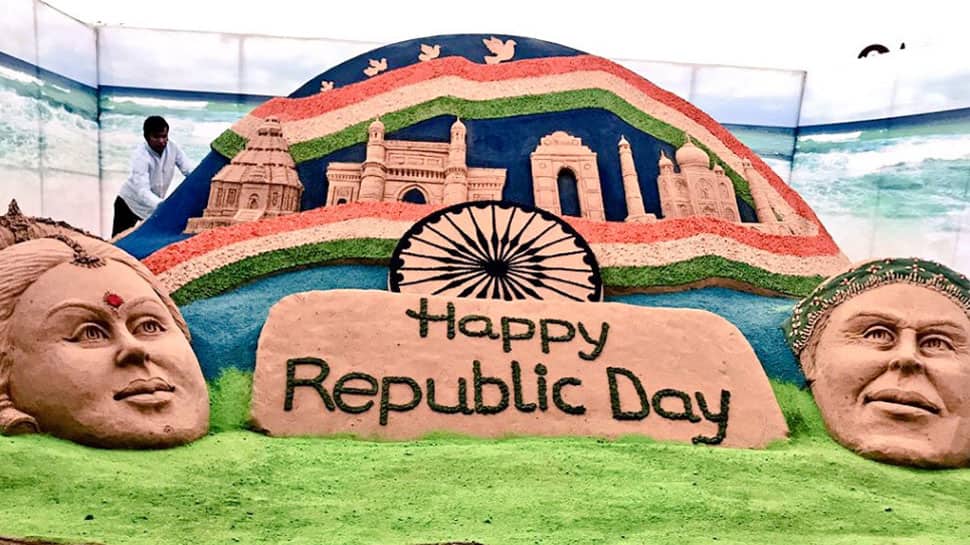 Greetings to all my countrymen on #Republicday2018. My SandArt at the Khandagiri-Udaygiri festival, Bhubaneswar. pic.twitter.com/FcM3NNciLl

As India celebrates its 69th Republic Day, the entire nation is soaked in the fervour of national pride. The day honours the Constitution of India which came into effect on 26 January 1950 replacing the Government of India Act (1935) as the governing document of India.

Interestingly, January 26 was selected as the Republic day because it was on this day in 1930 when the Declaration of Indian Independence (Purna Swaraj) was proclaimed by the Indian National Congress as opposed to the Dominion status offered by British Regime.