Total solar eclipse 2019: India timings and how you can watch it live

A solar eclipse occurs when the earth passes through the shadow cast by the Moon which fully or partially blocks the Sun. 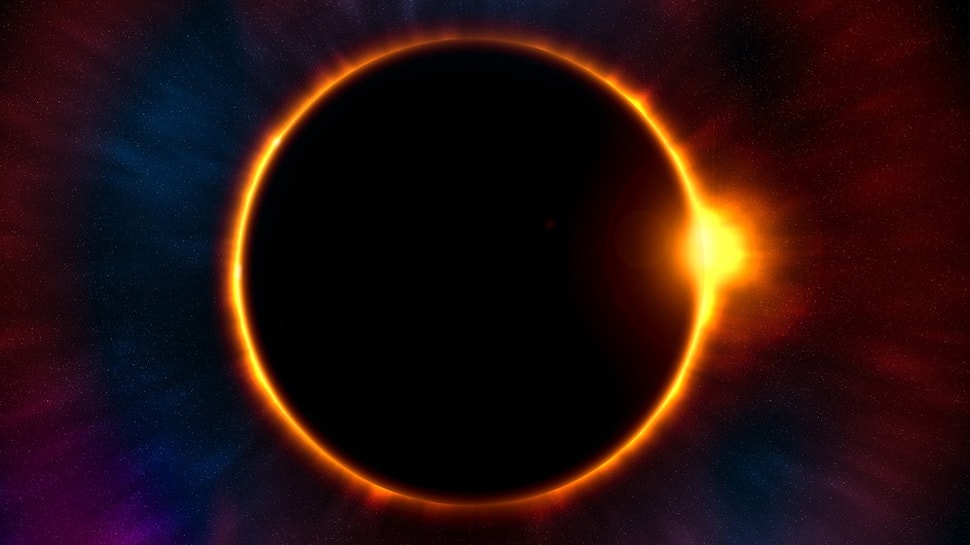 New Delhi: On July 2, the world will witness Total Solar Eclipse or Surya Grahan. It will be largely visible in South America and South Pacific regions respectively. When it's a total eclipse, the disk of the Sun is fully obscured by the Moon, however, in partial and annular eclipses, only part of the Sun is obscured.

A solar eclipse occurs when the earth passes through the shadow cast by the Moon which fully or partially blocks the Sun. Total eclipses are rare as the timing of the new moon should be in exact alignment.

However, this time total solar eclipse will not be visible in India. But skywatchers can watch it online.

According to timeanddate.com, this total solar eclipse is visible in stretches of Chile and Argentina. Also, parts of Pacific and in South America, including in Ecuador, Brazil, Uruguay, and Paraguay will witness a partial eclipse.

In India, the partial eclipse will start at 10.25 pm and total solar eclipse will begin at 11:54 pm, as per NDTV.com.

Skywatchers can straight head to NASA's Twitter handle to watch the total eclipse live. They will be streaming it live.

Están listos? Are you ready?

A total solar eclipse will be seen over parts of Argentina and Chile on July 2 and we're covering it live in English & Spanish. Here's how you can watch: https://t.co/GNe4WHzbr5 pic.twitter.com/3aphaj8YM7

An eclipse should not be seen with the naked eye as it can cause damage to the eye. Skywatchers should use binoculars, a telescope or optical camera viewfinder to watch the eclipse.

Daily Horoscope: Find out what the stars have in store for you today - July 2, 2019