A total of 29 fire tenders have been rushed to the spot and efforts are on to douse the flames. 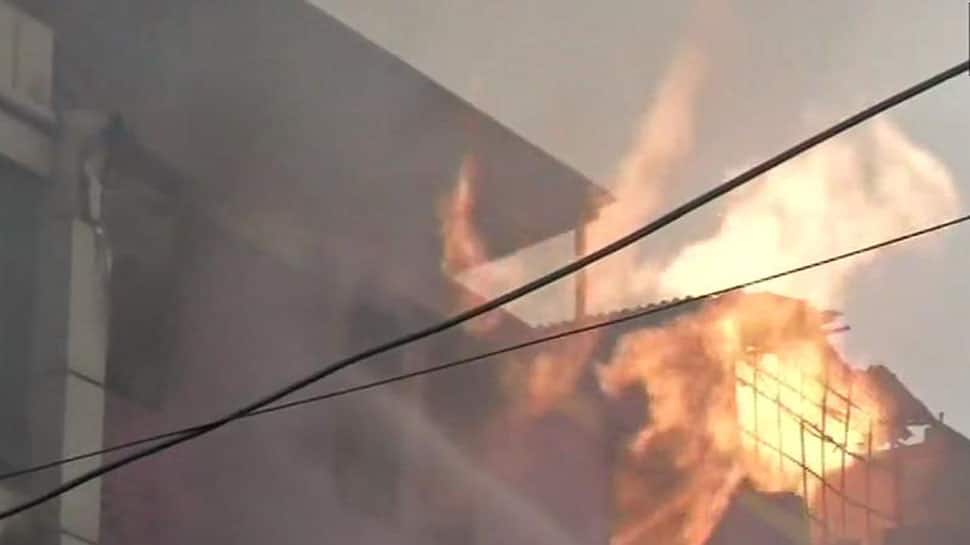 A fire broke out at a factory in Naraina in the national capital early on Thursday morning.

A total of 29 fire tenders have been rushed to the spot and efforts are on to douse the flames. The fire broke out at a paper card factory in Naraina Industrial Area, Phase I.

The fire department got a call at 7.17 am informing them of the fire. The fire has been raging and has spread to several top floors.

It is yet to be ascertained if any person is inside the factory.

There have been no reports of any injuries or casualty.

The cause of the fire was not immediately known.

This is the third such incident within a span of five days.

A massive fire engulfed Arpit Palace Hotel in central Delhi's Karol Bagh area in the early hours of Tuesday, killing 17 people, including two people who jumped off the building in a desperate bid to save themselves.

The hotel owner, Shardendu Goel, has been absconding since the incident, they said.