According to Delhi Police, there are nearly 60 people in the WhatsApp group out of which 37 have been identified by the Special Investigation Team (SIT). 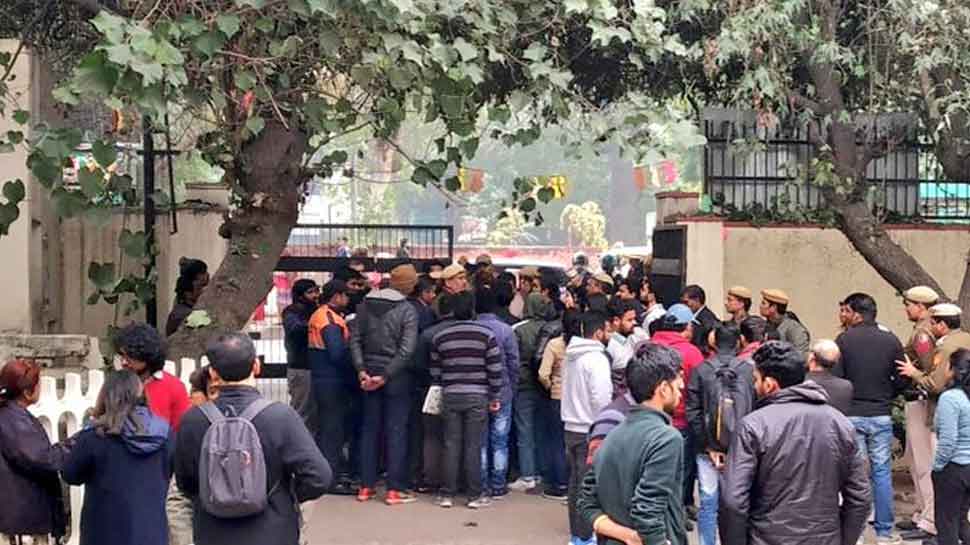 According to the Delhi Police, there are nearly 60 people in the WhatsApp group out of which 37 have been identified by the Special Investigation Team (SIT). The SIT, probing the case, has gathered evidence suggesting that the group was created against the Left parties on January 5, the day when violence broke out in varsity premises.

It may be noted that the Crime Branch had earlier identified and released photographs of nine suspects, including JNUSU president Aishe Ghosh, believed to be involved in the JNU violence.

The police said that Aishe Ghosh led a mob that attacked Periyar Hostel inside the university. The police, however, did not present the CCTV footage claiming that the server room was vandalised in the violence.

However, according to DCP (Crime) Joy Tirkey, they have not detained anyone so far. But notices to the identified people will be served to join the investigation which is still going on. According to Delhi Police, most of those involved in January 5 violence are members of Left-wing student organisations.

The SIT has also not ruled out the involvement of ABVP activists in the JNU violence. Further, the Crime Branch is also likely to investigate the role of Rohit Singh, BA (French) 1st-year JNU student and Akshat Awasthi, also enrolled in the same course in the university, in the violence.

Around twenty ABVP activists who are alleged to be involved in the mob attack will also to be subjected to investigation by police, a source said.