The autopsy report said that Rohit Shekhar, the son of the late veteran politician ND Tiwari, was smothered to death on the intervening night of April 15-16. 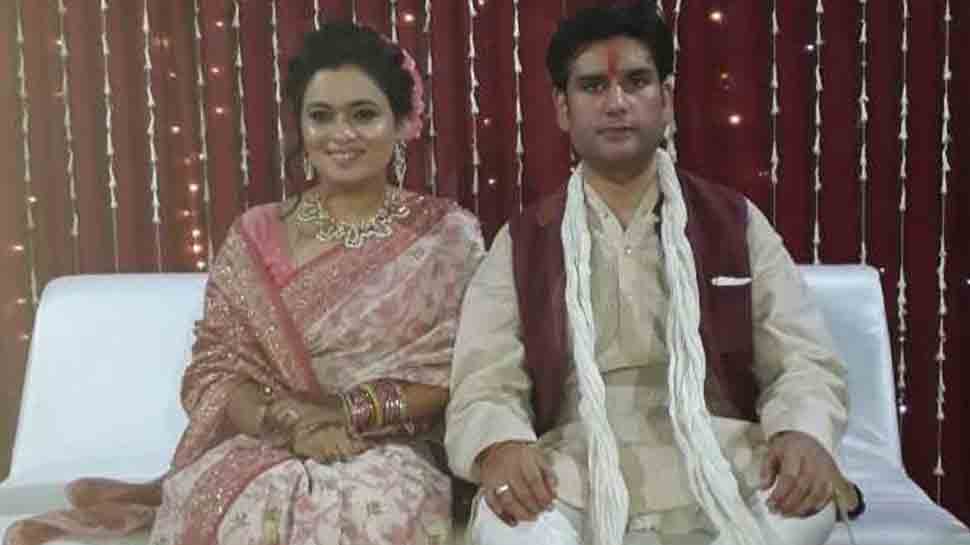 New Delhi: A Delhi court on Wednesday sent Rohit Shekhar Tiwari's lawyer wife Apoorva Shukla, arrested in connection with his murder, to two-day police custody. The judge also announced that the accused be medically examined as per the rules and allowed her lawyer to be present with her during the interrogation and serve a copy of FIR.

The police had sought three-day custody of the accused saying they want to find out more values related to this case. The lawyer, appearing for Apoorva, however, opposed the plea for her custody saying his client has cooperated throughout the investigation.

In the meantime, the police ruled out the possibility of any other suspect in Rohit Shekhar's death.

Rohit was brought dead to Delhi's Max Hospital last week. While it was initially believed to be a case of natural death, doctors from AIIMS had raised red flags following which the Delhi Police registered a murder case and began an investigation into the matter.

The autopsy report said that Rohit Shekhar, the son of the late veteran politician ND Tiwari, was smothered to death on the intervening night of April 15-16.

The police on Wednesday arrested Apoorva on charges of murdering her husband, citing a 'turbulent and an unhappy' marriage as the motive.

Additional CP (crime) Rajiv Ranjan said that Apoorva, a lawyer practising in the Supreme Court, admitted to her crime, before the team, after several rounds of interrogations. She admitted to murdering her husband Rohit all alone and without any help, by smothering him to death.

Rohit and Apoorva had an arranged marriage only a year ago. However, the duo began facing marital trouble barely days after entering the wedlock. The couple had been staying in separate rooms on the second floor of the house. According to a report, they were even considering filing for a divorce.

The sources close to the investigation claimed that Apoorva's suspicious nature was also a prime reason in their dispute.

On April 10, Rohit, along with his family, left for Uttarakhand to cast his vote the next day. He returned home on April 16, at around 10 pm, at his Defence Colony located residence.

According to sources, Rohit, while returning from Uttarakhand, had taken a separate vehicle. He was joined in by a female relative in the car and the duo came drinking all the way to Delhi. After he reached home, he had dinner with his family and left for his room to sleep.

On the night of the incident, the couple had a huge fight over the female relative. According to Rajeev Ranjan, Additional Commissioner (Crime), Apoorva, in a fit of rage, attacked Rohit, who was in an inebriated state and couldn't resist and was smothered to death.

According to police, Apoorva, after committing the crime, tried to destroy all the evidence and tried to mislead the Crime Branch team.