While the protesters pelted stones and vandalised vehicles, the police responded by firing tear gas shells and lathi charging them. 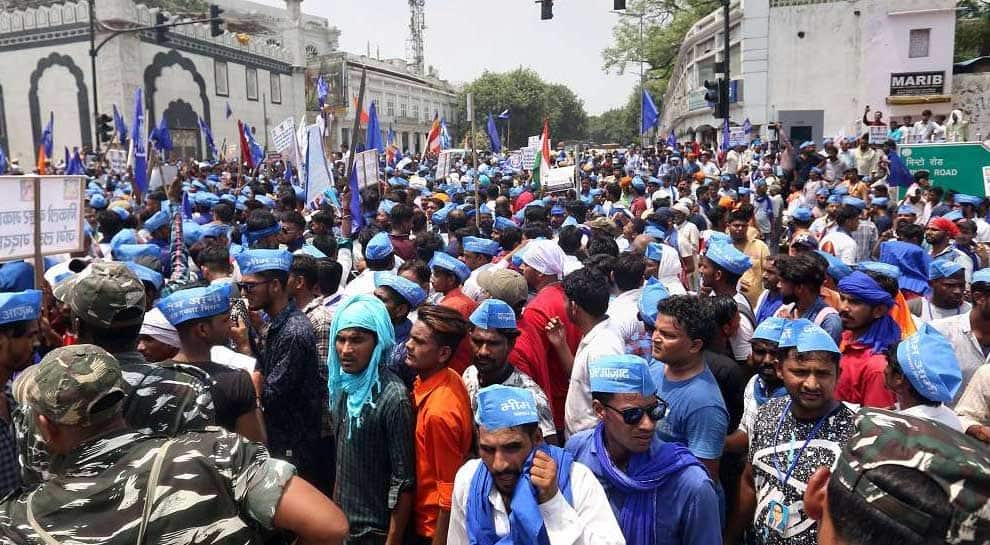 NEW DELHI: Bhim Army chief Chandrasekhar Azad was detained along with his supporters by Delhi Police on Wednesday night for violence during their protest against the demolition of Sant Ravidas temple in Delhi. "People protesting over Ravidas temple demolition issue clashed with policemen this evening. Some policemen sustained injuries in the incident. Some protesters have been detained and being verified," DCP South East Chinmoy Biswal said late on Wednesday.

According to reports, Chandrashekhar and his supporters were detained after they clashed with the police in South Delhi’s Tughlaqabad on Wednesday evening while protesting against the demolition of the centuries-old temple.

While the protesters pelted stones and vandalised vehicles, the police responded by firing tear gas shells and lathi charging them.

Several policemen were injured during the incident.

Azad was later questioned in the night about the clashes that left many among the police and the protesters injured.

DCP South East, Chinmoy Biswal said that Azad along with his supporters will be produced before the Saket Court in connection with the incident.

They had been charged with rioting, resorting to violence and damaging public property.

It may be recalled that the Delhi Development Authority (DDA) had on August 10 demolished the centuries-old Guru Ravidas temple in Delhi's Tughlaqabad following a Supreme Court order.

However, the demolition of the Ravidas temple triggered a bitter political war of words between the Centre and Delhi's ruling Aam Admi Party.