Long queues were seen at most of the wine shops in Delhi where people jostled with each other in order to buy liquor. 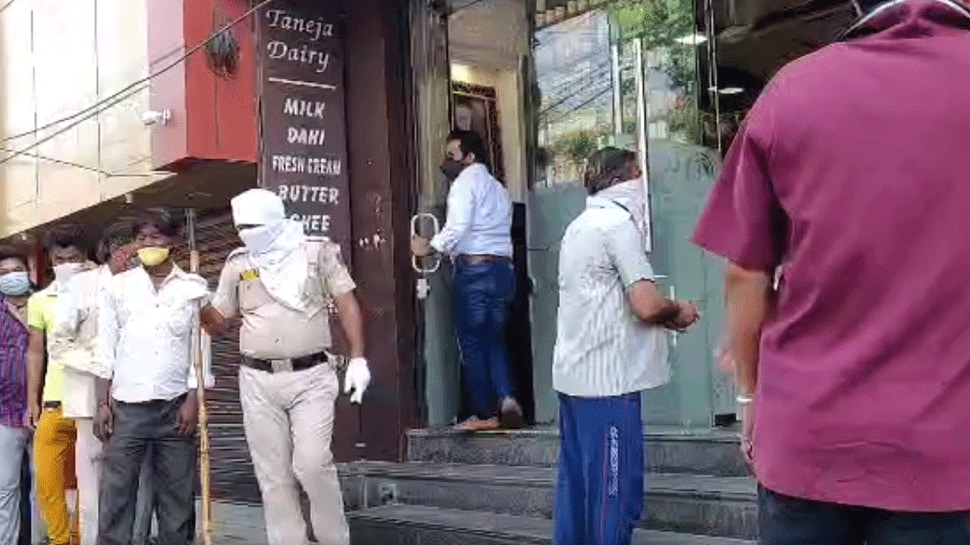 New Delhi: Social distancing norms and guidelines were brazenly flouted by people and chaotic scenes were witnessed a day after the liquor shops were allowed to re-open with certain conditions in the national capital as part of the relaxations announced by the Centre till coronavirus lockdown ends on May 17.

According to reports, long queues were seen at most of the wine shops in Delhi where people jostled with each other in order to buy liquor.

There was absolute chaos outside some liquor stores in Delhi’s Karol Bagh locality where police had resort to mild lathi-charge in order to maintain the social distancing norms amid the COVID-19 lockdown 3.0. Similar scenes of chaos were witnessed on Monday outside liquor shops all over the country.

With the sale of liquor has been capped at 9 liters and 1 beer case for one customer, people packed in a serpentine queue outside a wine and beer shop in Karol Bagh area and refused to pay any heed to government advisory, pushing each other, tripping over one another to claim their bottles of liquor.

Delhi Police tried hard to keep them apart and requested them to maintain a distance of a metre. But when the tipplers did not pay heed, the policemen had to raise their sticks and bring order.

People shouted that they won’t come to the shops if the government shuts them again. But warned that they will buy liquor at any cost if the shops remain open. Police have also started a token system at some wine shops in Delhi in order to manage the crowd.

However, people in rural areas have shown more regard for COVID-19 norms, while many urban areas have failed.

The Delhi government on Monday said that it will impose a `special corona fee` on alcohol sale which will be 70 per cent of the MRP. In an official order issued late on Monday night, the Finance Department imposed the fee, applicable from Tuesday.

"70 per cent of the maximum retail price on all categories of liquor sold through retail licencees for consumption off the premises," the Finance Department order signed by the Deputy Secretary said, describing the fee.

According to a Delhi government official, about 150 liquor shops have been allowed to open in accordance with the latest lockdown relaxations given by the Ministry of Home Affairs. There are around 850 liquor shops in the city, including those run by government agencies and private individuals.

In the order that allowed these shops to be reopened, the Delhi government instructed all shop in-charges and other staff to report at their respective shops at 7 AM sharp from Monday onwards.

After session on Ramayana, JNU gets ready to organise webinar on Bhagwad Gita