“A total of 1,700 personnel of the force have tested positive for the infection from January 1 to January 12. All of them are doing fine and are under quarantine. They will be joining duty after recovery," a senior Delhi police officer said. 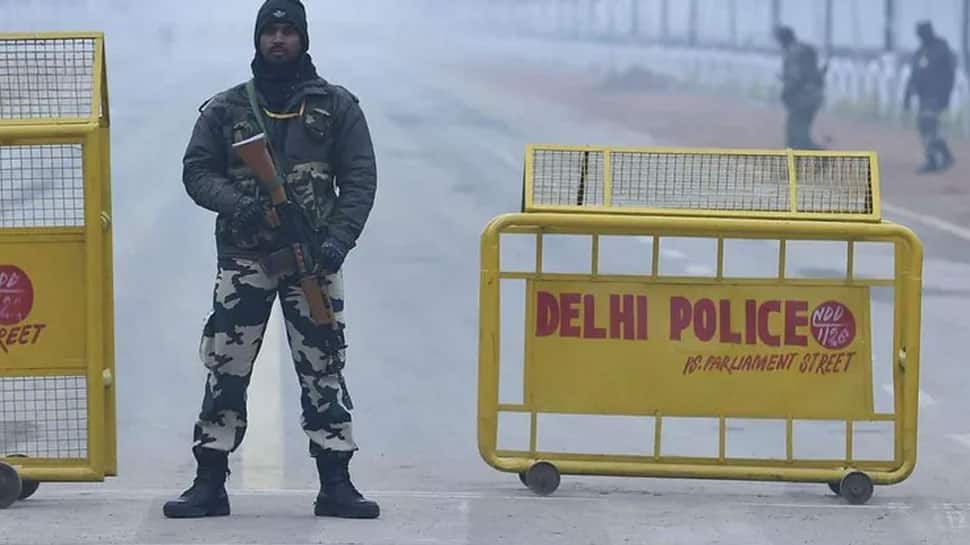 New Delhi: A surge in COVID-19 cases has hit Delhi Police too and according to a report as many as 1,700 cops have tested positive for the novel coronavirus infection since January 1.

“A total of 1,700 personnel of the force have tested positive for the infection from January 1 to January 12. All of them are doing fine and are under quarantine. They will be joining duty after recovery," a senior police officer said.

Delhi Police officials said that a special camp has been organised for police headquarters staffers to administer booster doses to the eligible beneficiaries. It may be noted that the present strength of the Delhi Police force is over 80,000.

As a precautionary welfare measure, a special camp has also been organised for the staffers working at Delhi Police Headquarters on Jai Singh Marg for administering booster shots to those found eligible, they said.

"Special arrangements for administering precaution dose (booster) of Covid vaccine has been organised from 11:30 am onwards at Officers lounge on the ground floor of PHQ. This initiative has been taken so that staffers like guards among others deployed at our headquarters do not have to go outside during their duty hours to get booster shots. But only those eligible police personnel who have completed nine months after taking their second dose of vaccine would be eligible for the booster shots," Shalini Singh, Special Commissioner of Police (Welfare), said.

In a meeting held on Tuesday with senior officers of the districts and other units, the officers had been strictly instructed to brief their personnel to take care of themselves and follow the Standard Operating Procedure (SOP) for prevention of coronavirus amid rising cases amongst the force, police said.

"We have issued detailed SOPs in this regard and have listed the preventive measures to be taken. In Tuesday's meeting, all the officers were asked to take care of themselves and the force to conduct briefings of staffers regularly and instruct them to follow the issued SOP strictly.

“Being frontline workers, they are bound to perform their duties so they should do it with full precautions," Singh asserted. She further stressed that officers have been instructed to strictly convey to their personnel the importance of following social distancing, wearing masks and maintaining hand hygiene while on duty.

"We have also told the personnel that social distancing should be maintained while they are in their respective barracks and mess. They have been asked to sanitise their keys after their shift while they hand over the vehicles to the next shift in charge," the officer noted.

All the personnel were also directed to contact the respective in-charge of their unit for uploading the date of the second dose of vaccination as mentioned in the Covid vaccine certificate, they said.

Additional Commissioner of Police (Crime) Chinmoy Biswal, who is also the spokesperson of the force, had also tested positive for the infection. He is currently doing fine and under quarantine.

Delhi Police Commissioner Rakesh Asthana had on January 5 issued the SOPs for the force to follow to tackle Covid mess. According to this order, all police personnel and their eligible family members who have not been vaccinated may be motivated to complete the vaccination process.

"Those who have not been vaccinated due to medical reasons may be encouraged to seek medical opinion again for the vaccination,” the order had said. All police personnel may be motivated to take precaution dose of Covid vaccine and install and use of ‘Aarogya Setu' mobile application mandatorily.

Self-monitoring practice to be adopted by police personnel and any kind of illness may be reported without fail, to daily health monitoring officer, the order added.

Delhi will lift restrictions if COVID-19 cases come down in next two-three days, says Health Minister