Based on the woman's complaint, the Delhi Police has registered an FIR against unknown persons and begun its investigation into the case. 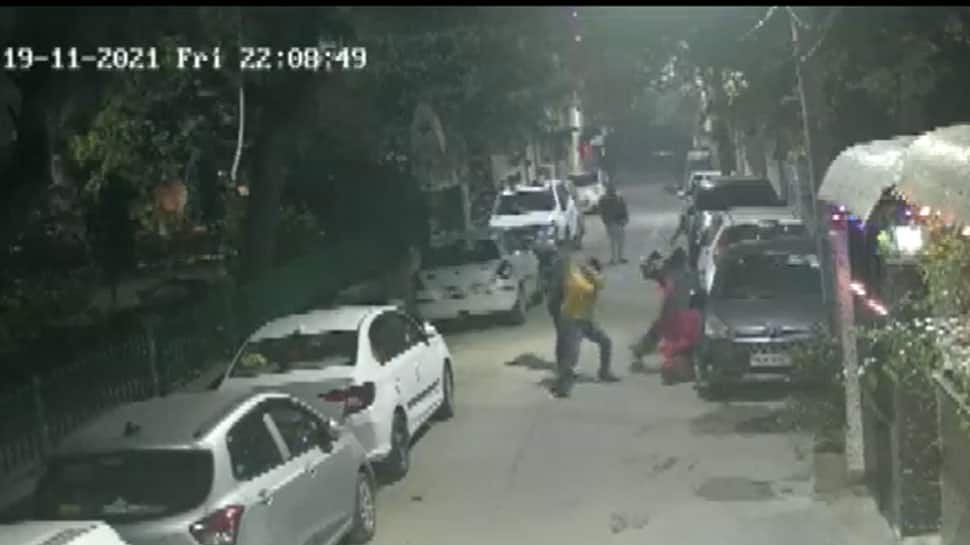 NEW DELHI: A horrifying video of an extremely shameful incident in which a group of men can be seen punching, kicking and beating three women with sticks in a residential colony in Shalimar Bagh has now surfaced on social media.

The horrifying video shows a group of women arriving in a residential colony in the Shalimar Bagh locality and trying to park their car. As soon as two women get out of the car, a group of men appear in the background and start punching and beating them badly.

Another woman, apparently the one driving the car, also comes out of the vehicle and tries to stop them. However, the attackers show no mercy and start hitting her with sticks, so badly that the woman falls to the ground.

Based on the woman's complaint, Delhi Police has registered an FIR against unknown persons, it said.

(CCTV footage of the incident) pic.twitter.com/YmZRtD7COu

The shocking incident, which was caught on camera, took place around 10.15 PM on the night of November 19, according to news agency ANI.

It appears that the attackers were known to the victims and they were enraged over something. Based on the woman's complaint, the Delhi Police has registered an FIR against unknown persons and begun its investigation into the case.

So far, no arrest has been made. More details, in this case, are awaited.