Section 144 of CrPC has been imposed at ten locations in North-East district of Delhi. Heavy police deployment has been made in most sensitive areas like Jaffrabad, Maujpur-Babarpur, Gokulpuri, Johri Enclave and Shiv Vihar. 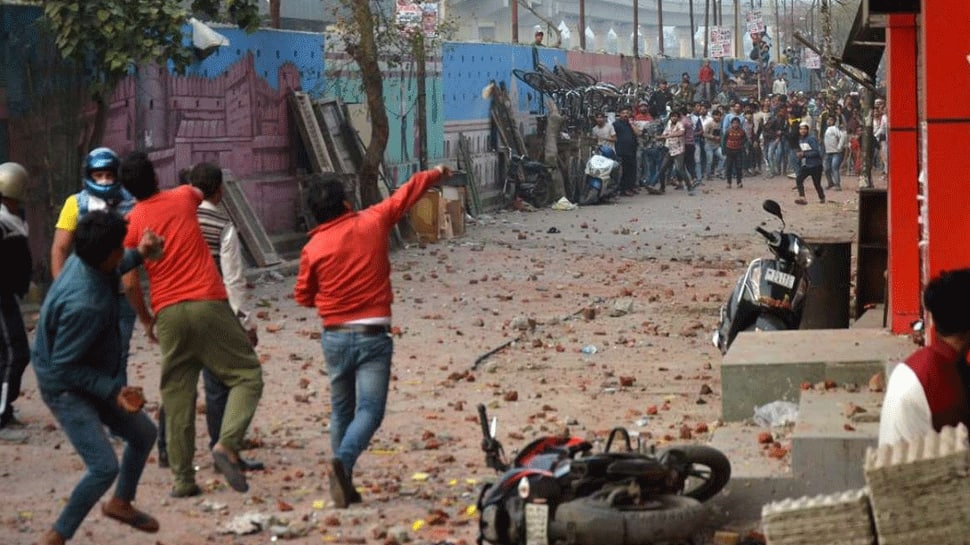 Photo of Monday's violence in Delhi
Share:
Written By:

NEW DELHI: At least seven people died and 76 people were injured in the violence that broke out following clashes between Citizenship Amendment Act and anti-CAA protesters in the national capital on Monday, news agency PTI said on Tuesday (February 25, 2020). In view of the situation, Section 144 of CrPC has been imposed at ten locations in North-East district of Delhi. Heavy police force has been deployed in most sensitive areas like Jaffrabad, Maujpur-Babarpur, Gokulpuri, Johri Enclave and Shiv Vihar.

Officials of Delhi Police Special Cell and Economic Offence Wing (EoW) are keeping a close eye on the situtaion in the national capital in the aftermath of the violence. ''35 companies of paramilitary forces have been deployed in Northeast Delhi along with Special Cell, Crime Branch and Economic Offences Wing (EOW) officials. Local police from different districts of Delhi have also been called in,'' the Delhi Police said in a statement.

Several trains are being terminated at the Welcome metro station as a precautionary measure. Meanwhile, the government sources on Tuesday (February 25, 2020) said that the violence appears to have been orchestrated to tarnish President Donald Trump’s ongoing visit to the country.

Seven persons, including one Head Constable of Delhi Police, lost their lives in the clashes in North-East District of Delhi on Monday. The two civilians who were killed in the violence were identified as Shahid and Furkan while the identity of other person is yet to be known. Furkan lost his life in clashes related to CAA in Bhajanpura. At least 10 cops were injured in the violence. Delhi Police Head Constable Rattan Lal lost his life in similar clashes in Delhi`s Gokulpuri. He was a native of Sikar, Rajasthan and had joined the Delhi Police as Constable in 1998.

He was posted in the office of ACP, Gokulpuri. According to the police, Deputy Commissioner of Police (DCP) Amit Sharma also sustained injuries in the clashes, which rocked parts of Gokulpuri area.Delhi Police said that a man wearing a red T-shirt who opened fire at the police during violence in North-East Delhi has been identified as Shahrukh.

Union Home Secretary informed that the agencies are keeping a close watch on the situation and the necessary arrangements have been done to restore peace in the area.