As many as twenty-six areas in Delhi recorded 'severe' air quality, while 8 gauged 'very poor', the CPCB data said. 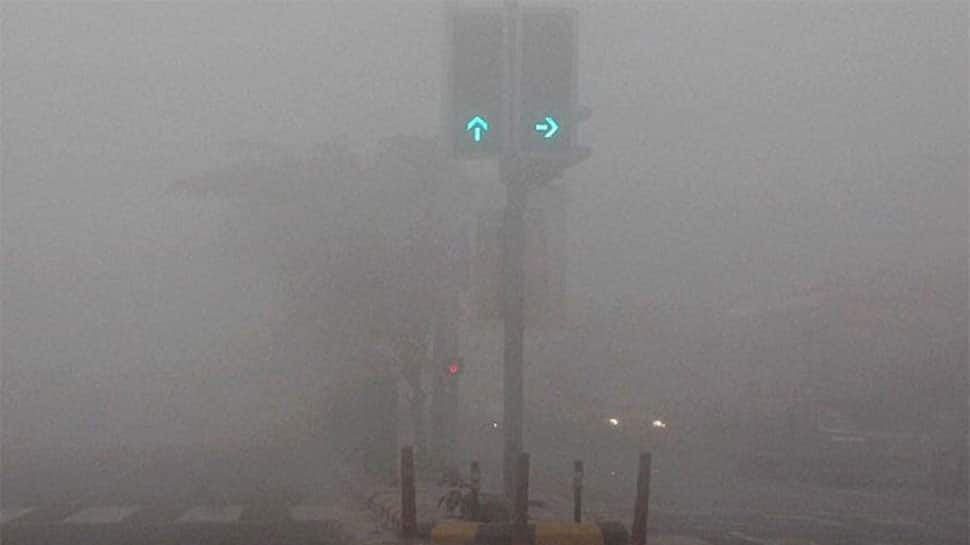 NEW DELHI: The air quality in the national capital deteriorated again to the 'severe' category on Saturday due to unfavourable meteorological conditions after showing a slight improvement on Friday.

According to the Central Pollution Control Board (CPCB) data, the overall Air Quality Index (AQI) in Delhi reached 417, which falls in the 'severe' category.

As many as twenty-six areas in Delhi recorded 'severe' air quality, while 8 gauged 'very poor', the CPCB data said.

In the NCR, the air quality in Ghaziabad, Faridabad, Gurgaon and Noida was recorded in the 'severe' category, the CPCB said.

The overall PM2.5 level (fine particulate matter in the air with a diameter of less than 2.5 micrometers) in Delhi was recorded at 298 while the PM10 level was at 468, the CPCB said.

Authorities said the severe air quality is due to unfavourable meteorological conditions and sufficient rainfall that is predicted for Saturday might improve the air quality but warned that little showers with calm winds would only aggravate the situation rapidly.

The Centre-run System of Air Quality and Weather Forecasting (SAFAR) said that the intensity of fog is likely to decline with increased gusty winds.

"An active western disturbance is very likely to cause fairly widespread moisture intrusion over the northern region, including Delhi, but only after three days when withdrawal is expected," it said.

In view of the air quality in Delhi, the Supreme Court-appointed Environment Pollution Control Authority (EPCA) had ordered a 24-hour ban on the entry of trucks into the national capital.

The entry of trucks to Delhi would be disallowed "from 11 PM on Friday to 11 PM on Saturday'' in view of the severe pollution in the city, the EPCA instructed authorities.

In a letter to the chief secretaries of Delhi and the neighbouring states of Uttar Pradesh and Haryana, EPCA chief Bhure Lal directed them to stop the entry of truck traffic into the national capital (except essential commodities) during the period.

This would be for a second time this season that a ban on the entry of trucks would be imposed.

It was earlier done in November when the deterioration of air quality was observed.