All flights to and from Delhi have been delayed due to dense fog and low visibility around the airport. 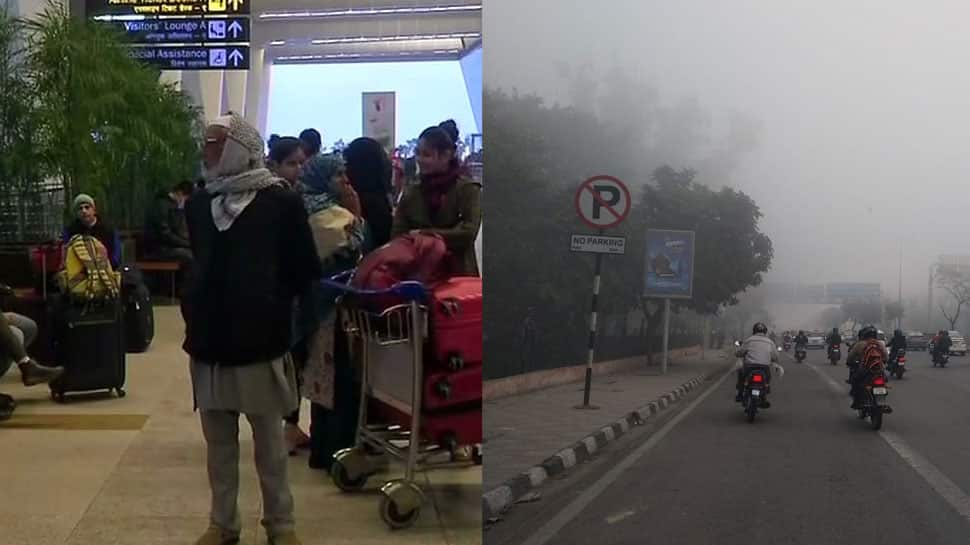 NEW DELHI: Delhiites woke up to a cold and foggy morning as a thick layer of fog continued to engulf the national capital on Monday. Harsh weather conditions and low visibility has delayed several flights at the Indira Gandhi International Airport, said reports.

According to news agency ANI, all flights to and from Delhi have been delayed due to dense fog and low visibility around the airport.

All flights to and from #Delhi delayed due to fog conditions; Visuals (pic 1 &2) from the area around Indira Gandhi International airport pic.twitter.com/CPkOb2hA6x

At least thirteen trains were also reported to be running late on Monday due to fog in Delhi, which recorded a low of 8 degrees Celsius on Monday.

The humidity level oscillated between 90 and 100 per cent.

The temperature in the national dipped also dipped after light showers in the city on Sunday.

The India Meteorological Department has, meanwhile, predicted that the minimum temperature may go down to seven degrees Celsius on Monday.

“It will be mainly clear sky with moderate to dense fog in the morning,” an IMD weather bulletin said.

"Haze or smoke will be thereafter with maximum temperature touching 18 degrees Celsius and minimum remaining at 7 degrees Celsius," the bulletin added.

5000 kg 'khichdi' with rice, lentils from Dalit households being cooked for mega BJP rally in Delhi