This was Baijal's first address to the house after he assumed office in December. 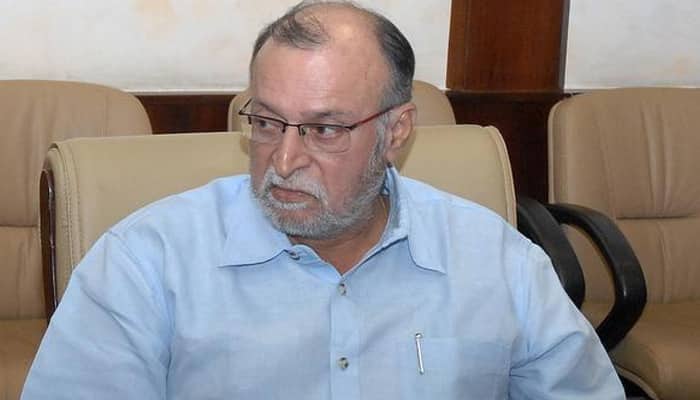 New Delhi: Lt Governor Anil Baijal on Monday praised the Delhi government`s achievements in health, education and other sectors and said 1,000 Mohalla Clinics will be set up within six months.

Addressing the Delhi assembly on the opening day of the budget session, Baijal listed all the work done by the Aam Aadmi Party (AAP) government in the last two years.

This was Baijal`s first address to the house after he assumed office in December -- and it came as a contrast to the times when the AAP and former Lt Governor Najeeb Jung were locked in perennial conflict.

Focusing on the health and education sectors, he said over 100 Mohalla Clinics - where people have access to doctors, tests and medicines for free - were working and their number would go up to 1,000 in six months.

In his 25-minute address, periodically welcomed by thumping of desks by the AAP-dominated house, Baijal said the clinics had earned global acclaim including from former UN Secretary-General Kofi Annan.

Baijal, who succeeded Jung in December, added that 122 polyclinics -- secondary healthcare centres -- would also be completed in the next one year.

He said the Delhi government had also made radiology tests like MRI, CT and PET scans free for Delhi`s residents.

"My government is focused on providing affordable healthcare services to its citizens."

The Lt Governor said work was on to build 8,000 new classrooms and 20 new schools, out of which 14 schools were ready.

For higher education, construction of new campuses for Ambedkar University had started at Rohini in north-west Delhi and Dheerpur in north Delhi.

For skill development, the Delhi government will set up five new polytechnics.

Baijal praised the government for its "reading campaign" that he said had transformed one lakh children from non-readers to readers.

Baijal spoke about the approval he had given to let the government hike minimum wages of workers by around 37 per cent.

He said water connections had been provided in 1,175 unauthorized colonies. The government was also giving 20,000 litres of drinking water free to every household.

According to Baijal, the fourth phase of Delhi Metro consisting of eight corridors totalling 116 km would be completed by 2021.

"The third phase, which will take the Delhi Metro`s operational network from 189 km to 330 km, is likely to be completed by June 2017," he said to another round of applause.

The budget session of the Delhi assembly will end on March 10, a month before the capital holds municipal elections in which the AAP will take on the Bharatiya Janata Party and the Congress.