Doval met with top police personnel at the office of Delhi Commissioner of Police Northeast and discussed the situation. After the meeting at the DCP`s office in Seelampur, which ended around midnight, Doval accompanied by senior police officials visited Seelampur, Jaffrabad, Maujpur and Gokulpuri Chowk in northeast Delhi to review the situation. 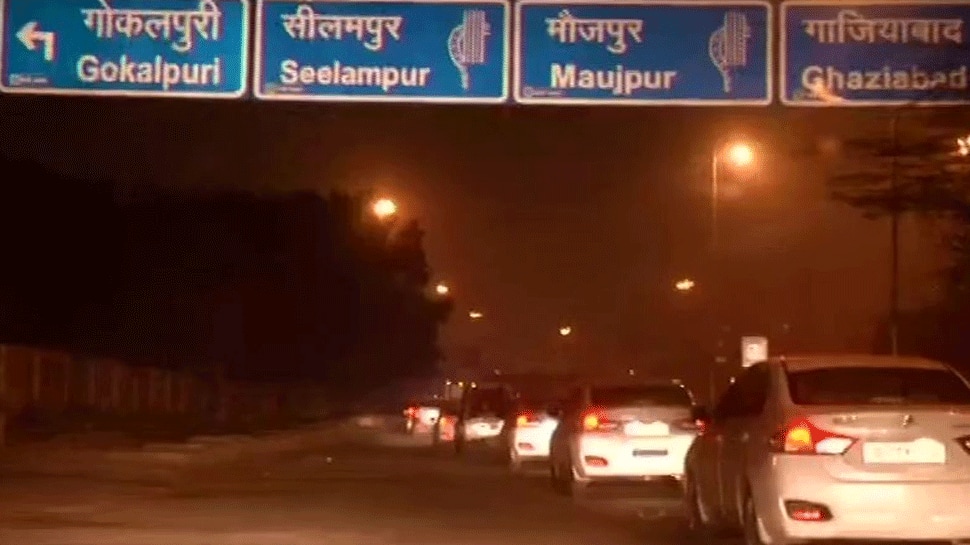 A police vehicle moves past burning debris that was set on fire by demonstrators in Delhi/ Reuters
Share:
Written By:

NEW DELHI: National Security Advisor (NSA) Ajit Doval late on Tuesday night reviewed the security arrangements and visited the areas most affected by violence in the northeast district of the national capital, which has so far claimed 13 lives and left close to 150 people injured over a period of three days.

Doval met with top police personnel at the office of Delhi Commissioner of Police Northeast and discussed the situation. After the meeting at the DCP`s office in Seelampur, which ended around midnight, Doval accompanied by senior police officials visited Seelampur, Jaffrabad, Maujpur and Gokulpuri Chowk in northeast Delhi to review the situation.

Later, along with police officials, he visited all the regions affected by the violence and took stock of the current situation. After this, Doval returned to the office of DCP North-East in Seelampur. This development comes after Union Home Minister Amit Shah held a meeting, the third in less than 24 hours, with Delhi Police and officials of his ministry.

The Home Minister appreciated the participation of all parties and urged them to exercise restraint, rise above party lines to tackle the situation.Shah also urged leaders to avoid giving provocative speeches and statements which could result in a flare-up of the situation.

Delhi Police Special Commissioner (Crime) Satish Golcha late on Tuesday night said that protesters have cleared out at the Jaffrabad Metro station and Maujpur Chowk is clear as well and that the situation is under control.

Delhi Police have put barricades and sealed all the roads that lead to Ghaziabad from northeast Delhi. All the schools in violence-affected north-east Delhi will remain closed on Wednesday, Deputy Chief Minister Manish Sisodia said on Tuesday.

Demanding swift action by Delhi government to help the victims of North-East Delhi violence and to bring normalcy back in the region, the students of Jawaharlal Nehru University (JNU) and Jamia Millia Islamia (JMI) reached Delhi Chief Minister Arvind Kejriwal's residence here at Civil Lines on the intervening night of Tuesday-Wednesday.

In a charter of demands, the students urged direct intervention of the Chief Minister into the violence affected areas and also to organise peace marches along with regional MLA`s to de-escalate tensions prevailing in North-East Delhi.

"Activate all Delhi government services and infrastructure to rescue, facilitate medical facilities and provide shelter to citizens," the students demanded in their charter. The students-led by JNUSU Vice-President Saket Moon also urged for action against the culprits involved in the communal violence.

"Identify perpetrators of communal violence, including police officials who have participated in it and take action against them," the students said.

At least 13 deaths were reported since Monday in violence that erupted in parts of north-east Delhi between protesters in favour of the Citizenship Amendment Act (CAA) and those who opposed it. Around 190 have suffered injuries in the violence so far.