The short-lived rainfall caused waterlogging in many areas and led to traffic jams in Delhi. 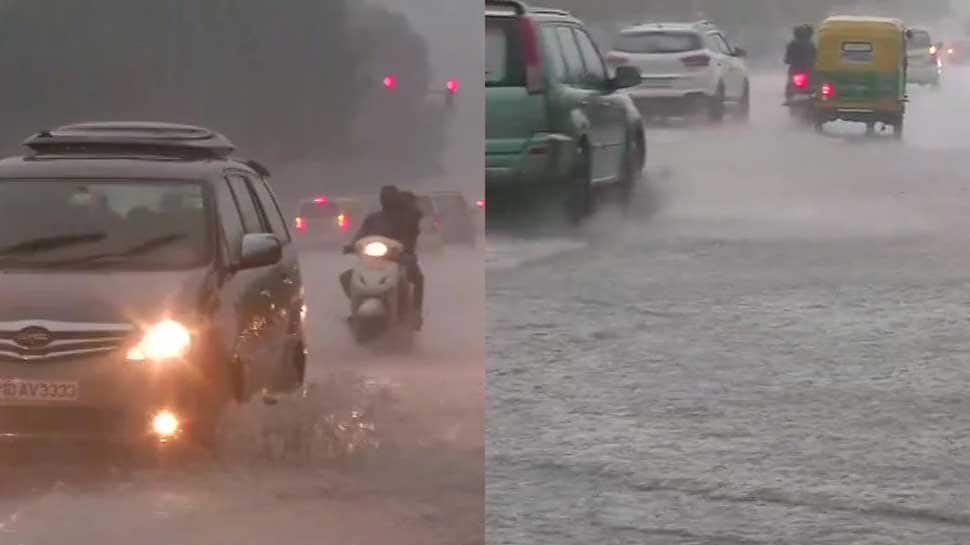 New Delhi: In a temporary relief for Delhiites, parts of Delhi and NCR on Sunday witnessed a short spell of rainfall which brought the temperature down to several notches.

However, the short-lived rainfall caused waterlogging in many areas and led to traffic jams.

According to reports, the rainwater accumulated on the route to the domestic airport of the capital due to heavy rain in the city on Sunday morning.

Not only that, some areas adjoining Delhi such as Gurugram in Haryana were also choked for few hours due to rain showers.

Private weather forecaster Skymet said that the national capital is set to witness dry weather with isolated rains due to the absence of any significant weather system in the surrounding of Delhi as the axis of Monsoon Trough is at a significant distance from the South of Delhi and the weak Western Disturbance is moving across the eastern parts of Jammu and Kashmir.

"As the axis of Monsoon Trough will shift northwards, the next spell of rain and thundershowers is expected around July 24," the weather forecasting agency said.

According to ANI, the maximum and minimum temperature of Delhi hovered around 37 degree Celsius and 29 degree Celsius with 82 per cent relative humidity.