The parade rehearsal will start at 9.50 am from Vijay Chowk and will proceed to Red Fort. 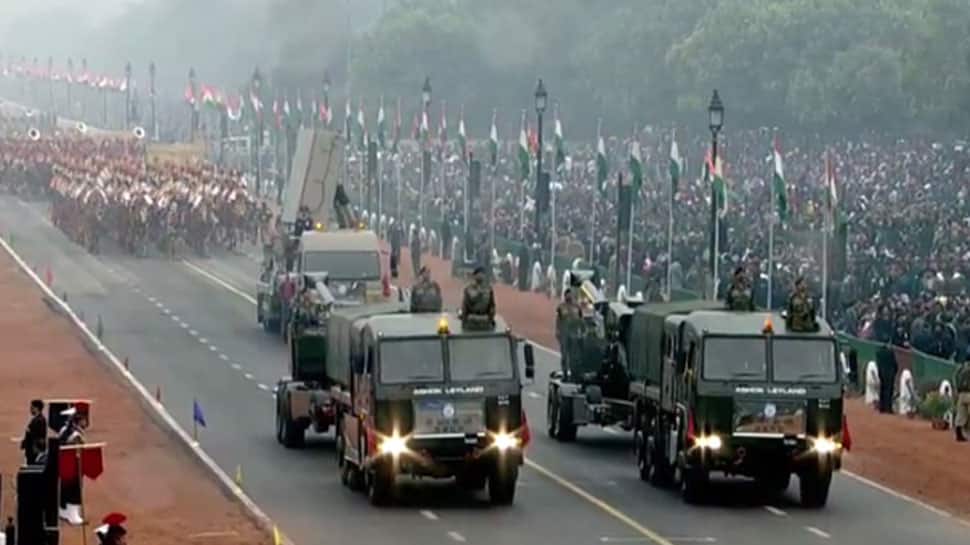 New Delhi: In view of the Full Dress rehearsal ahead of Republic Day parade, Delhi Police on Wednesday have issued an extensive traffic advisory. The rehearsal will have the same route as that of the parade scheduled to take place on January 26.

The parade rehearsal will start at 9.50 am from Vijay Chowk and will proceed to Red Fort. There would be elaborate traffic arrangements and restrictions in place for smooth conduct of the parade along the route.

ROUTE OF THE PARADE

In order to facilitate smooth passage of the Parade, movement of traffic on certain roads leading to the route of the Parade will be restricted as under:

1. No traffic on Rajpath from Vijay Chowk to India Gate from 6 pm on January 22 till parade is over.

2. No cross traffic on Rajpath from 11 pm on January 22 at Rafi Marg, Janpath, Man Singh Road till parade is over.

3. 'C'-Hexagon-India Gate will be closed for traffic from 9 am on January 23 till parade crosses Tilak Marg.

4.  From 10 am on January 23 Traffic on Tilak Marg, BSZ Marg and Subhash Marg will not be allowed on both directions. Cross Traffic will only be allowed depending upon the movement of the parade.

Road users are requested to plan their journey in advance accordingly and avoid the route of parade, from 9 am to 12:30 pm, for their own convenience.

However, if the journey is unavoidable, the road users are advised to take following routes:

Movement of the City Bus Services will be curtailed at the following points:

Metro Rail Service shall remain available for commuters at all Metro Stations during the Full Dress Rehearsal Ceremony on 23rd Jan., 2019. However, Boarding/De-boarding at the below mentioned station will not be permitted as per schedule given:

In case any unidentified object or suspicious person is seen, information must be conveyed to the nearest policeman on duty.
Flying of sub conventional aerial platforms like para- gliders, part motors, hang gliders, UAVs, UASs, microlight aircrafts, remotely piloted aircrafts, hot An balloons, small size powered aircrafts, quadcopters or port jumping from aircraft etc. are prohibited over the jurisdiction of National Capital Territory of Delhi from 09.01.2019 upto 09.02.2019 (both are inclusive).
General public and motorists are requested to keep patience, observe traffic rules & road discipline and follow directions of traffic personnel deployed at all intersections. People are requested to plan their journey in advance and keep sufficient time in hand to avoid inconvenience.
Joint Commissioner of Police Traffic,(HQ) New Delhi.