He is the senior-most officer of AGMUT cadre and a batchmate of serving Delhi Police Commissioner Amulya Patnaik. 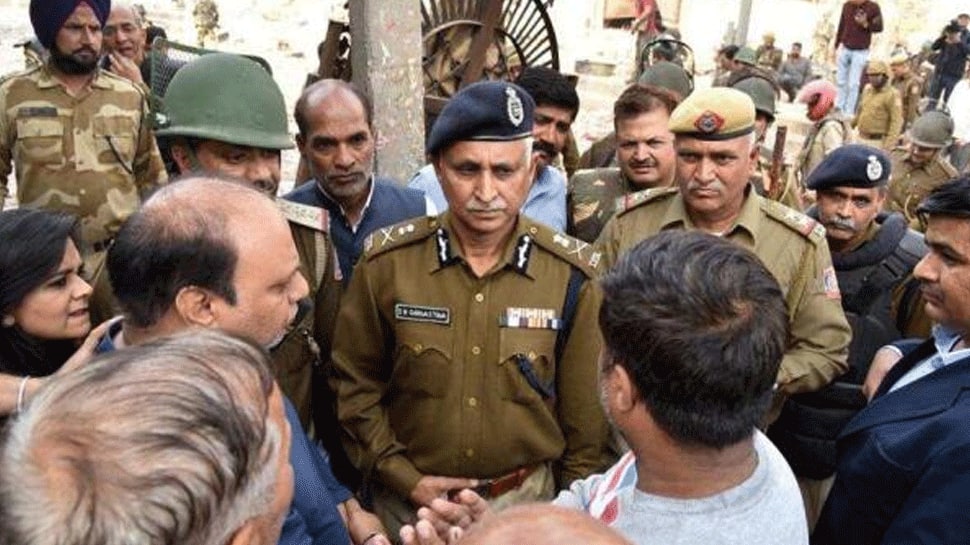 NEW DELHI: Senior IPS officer SN Shrivastava was on Friday (February 28, 2020) appointed as the new Police Commissioner of Delhi. He succeeds Amulya Patnaik, who was given an extension of one month which is set to end on February 29.

A statement issued by the Ministry of Home Affairs said, ''SN Shrivastava posted with Delhi Police as Special CP is given additional charge of the post of Commissioner of Police, Delhi with effect from 1st March.'' 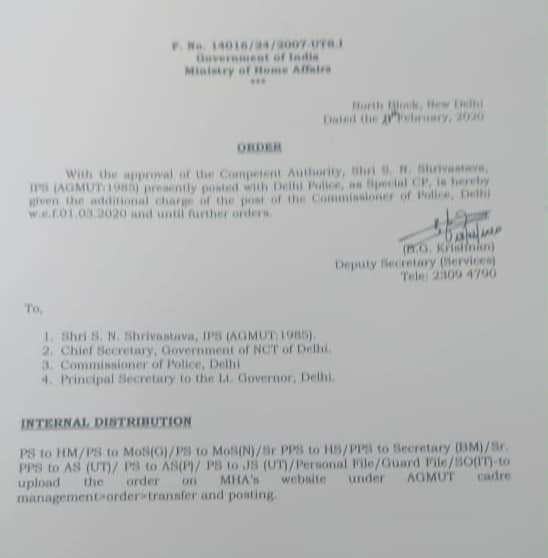 SN Shrivastava was on Tuesday appointed as Special Commissioner of Police in Delhi and tasked with bringing normalcy in the violence-hit Delhi.

Before taking over law and order in the national capital, Shrivastava was posted as Additional Director General in CRPF. He is the senior-most officer of AGMUT cadre and a batchmate of serving Delhi Police Commissioner Amulya Patnaik.

The Union Home Ministry had brought in Shrivastava to contain the law and order crisis in the national capital after it found that the serving officers were unable to control the situation after clashes between pro and anti-CAA protesters which has so far claimed the lives of at least 39 people and left over 200 seriously injured in the northeast Delhi - the region most affected by violence.

Shrivastava's appointment as Delhi Police chief comes at a time when Delhi Police are facing one of the biggest crises ever in the aftermath of clashes between pro and anti-CAA protesters in North-East Delhi.