Delhi Police had organised the programme with the help of a local NGO.

NEW DELHI: Southeast Delhi Deputy Commissioner of Police Chinmoy Biswal dressed up as Santa Claus and celebrated Christmas with the underprivileged kids in the Jamia Nagar locality of the national capital on Wednesday, December 25.

According to reports, DCP Biswal along with his colleagues went to the Noor area in Jamia Nagar to celebrate Christmas with the kids during which they presented them with gifts.

The kids were reportedly very excited and happy to receive the gifts from the 'police uncle'.

Biswal and his team played various games with the kids there and told them about Christmas and the legend of Santa Claus. 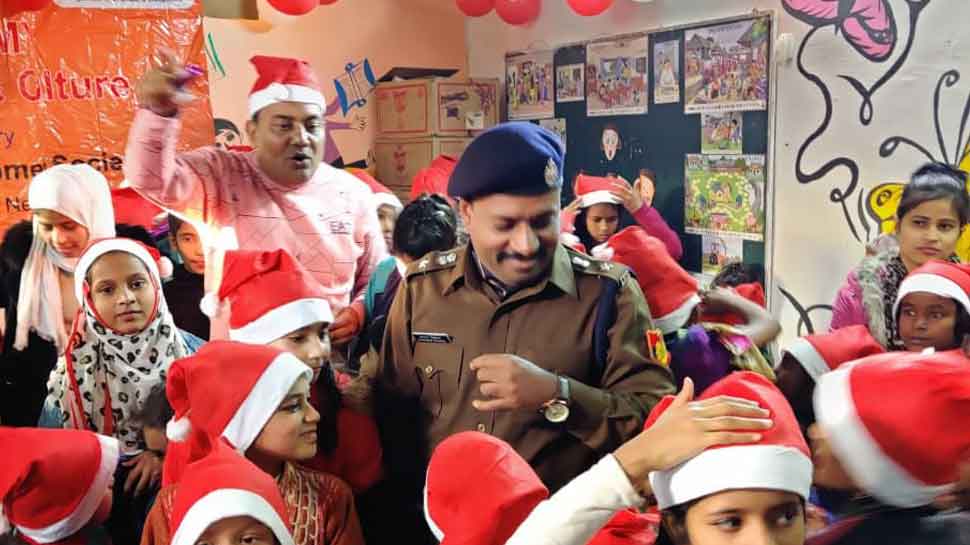 DCP Biswal's noble gesture to dress up as Santa Claus to celebrate Christmas with the poor kids has won the hearts of local residents of Jamia Nagar, which residents witnessed violent protests against the controversial Citizenship Amendment Act.

The recent violence and the protests had led to severe tension in the area but the initiative taken by the Delhi Police is believed to ease the tension prevailing here and fear among the local residents of the area.

Delhi Police had organised the programme with the help of a local NGO.

The parents of the kids also participated in the programme and interacted with the police officials.