Delhi Metro has been hit with technical snags in the last several days. 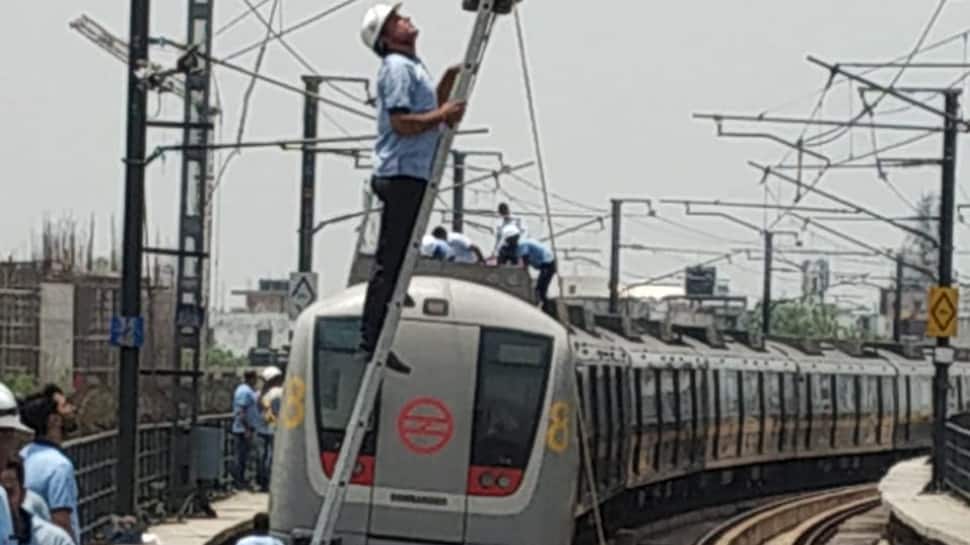 New Delhi: Services on Delhi Metro`s Yellow Line was briefly affected due to a technical glitch between Civil Lines and Kashmere Gate stations. The Delhi Metro Rail Corporation (DMRC) tweeted that trains were running at a restricted speed between the affected section.

"Yellow Line Update -- Slow movement of trains from Civil Lines to Kashmere Gate. Normal service on all other lines," it said. After a while, authorities rectified the issue and normal services resumed, DMRC said.

Delhi Metro has been hit with technical snags in the last several days. On May 21, services on Yellow Line were disrupted due to an overhead electric cable fault between Chattarpur and Sultanpur metro stations, affecting thousands of passengers.

Officials sprung into action to rectify the technical issue. Services resumed after a few hours. The Yellow Line is one of the busiest lines in the Delhi Metro network, ferrying thousands of passengers from Delhi to neighbouring Gurgaon in Haryana.

The route measures almost 49 km and has a total of 37 stations. It connects Samaypur Badli in north Delhi to HUDA City Centre in Gurugram. The stretch connects prominent areas such as Delhi University, New Delhi and Old Delhi railway stations, INA Market, AIIMS and Hauz Khas.

Arvind Kejriwal announces 100% fare subsidy for women in all buses, metros in Delhi