Delhi lawyers have been protesting at several places across the city against the scuffle. 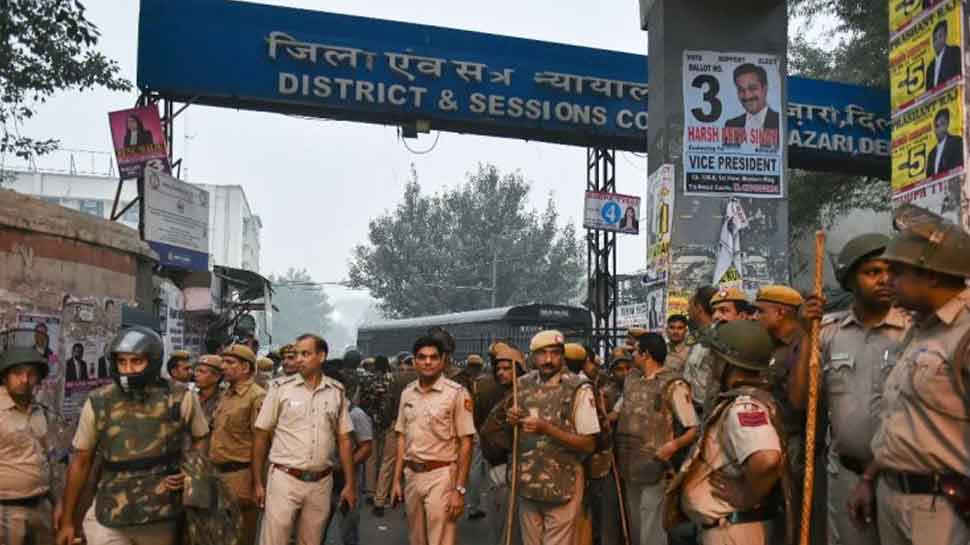 NEW DELHI: Delhi Police Commissioner Amulya Patnaik is on Thursday expected to meet police personnel allegedly beaten up by protesting lawyers after clashes over a parking issue at the Tis Hazari Court complex on November 2.

Meanwhile, lawyers will continue to abstain from work even on Thursday.

Abstinence from work in all Delhi District Courts will continue today. In order to ensure the success of the movement, all are requested to maintain the movement peacefully. Litigants be permitted to have access to the courtrooms, said Dhir Singh Kasana, Secretary-General, Coordination Committee of all district court Bar associations in Delhi.

The high court passed the order while hearing a petition filed by the Ministry of Home Affairs (MHA) in connection with the Tis Hazari incident.

The division bench of Chief Justice DN Patel and Justice Hari Shankar said that the order dated November 3 was only meant for the Tis Hazari incident on November 2 in which two FIRs were lodged.

The bar council further stated that police had registered FIRs against lawyers under sections including dacoity in the Saket court matter and added that this was ''an abuse of power.''

Two FIRs were registered in connection with the alleged assault of a police officer outside Saket district court here.

Additional Solicitor General (ASG) Maninder Acharya, appearing for the MHA said that the order of no coercive step should be only limited to those two first dated November 2, we are seeking clarification.

Bar associations are opposing the MHA's application, filed on Tuesday, seeking clarification of the Delhi High Court`s order in which it had directed the Delhi Police to not take any coercive action against lawyers while directing Police Commissioner Amulya Patnaik to transfer Special Commissioner Sanjay Singh and Additional DCP Harinder Singh, in connection with the case.

Meanwhile, Rakesh Khanna, president of the Supreme Court Bar Association (SCBA) urged the court to stop the media reporting of the matter. He argued that the media is not showing the true picture.

Lawyers have been protesting at several places across the city against the scuffle.

A group of lawyers also protested outside the Supreme Court on Monday, demanding the enforcement of Lawyers` Protection Act. One Assistant Sub-Inspector was suspended and a special investigation team (SIT) was constituted to probe the violence on Saturday.