Jaitley underlined that the Modi government had efficiently maintained the fiscal discipline as the fiscal deficit and CAD have been contained and inflation has been reduced drastically while GDP kept growing. 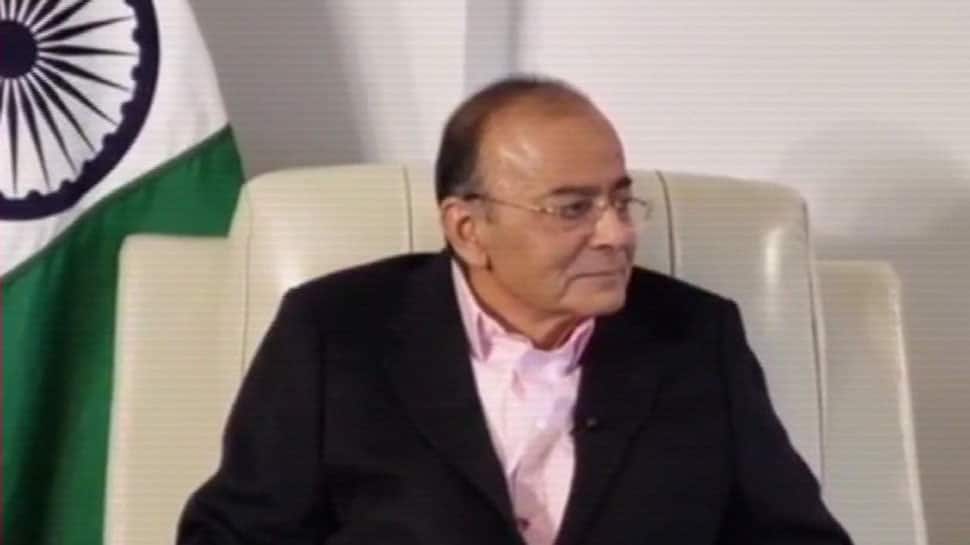 Union Minister Arun Jaitley on Friday rejected claims about high unemployment in India as “disinformation” and said it would be “economic absurdity” to believe that jobs are not being created at a time when the country is witnessing high economic growth.

Jaitley who is currently in New York and could not be present the Interim Budget because of his indisposition, also defended the budgetary provision of Rs 6,000 for each marginal farmer which has been mocked by the Opposition as meagre amount, saying it is meant to be an “additional support” to the agriculturists.

In an interview to ANI, he underlined that the Narendra Modi government had efficiently maintained the fiscal discipline as the fiscal deficit and Current Account Deficit (CAD) have been contained and inflation has been reduced drastically while GDP kept growing.

When asked about the ‘leaked report’ of the National Sample Survey Office (NSSO) which said there was unprecedented unemployment in the country, he said, “I don’t think it is a report. It is a draft which has not been approved,” he replied.

The Finance Minister since 2014, Jaitley, whose charge has been temporarily given to Piyush Goyal, said it would be “economic absurdity to say that there are no jobs” when the country is witnessing high economic growth rate.

“I completely refute (claims about joblessness),” he said, while terming the contention as “disinformation”. He said if there was such acute joblessness as projected, there would have been agitation, which is not the case.

Talking about the budgetary provision of Rs 6,000 each for marginal farmers, Jaitley said it is an additional support to the agriculturists.

Reacting to the Opposition mocking the amount as being meagre, he said they should stop shedding “crocodile tears for the farmers”. Noting that the provision will involve annual outlay of Rs 75,000 crore, the minister said this allocation is for the first year which can increase in the future.

At the same time, he asserted that in a federal structure like India, responsibility of farmers is not only of the central government but the states also would need to share it. He said if the Centre and the states come together with such programmes, a lot can be achieved. Jaitley emphasised that loan waivers are not a solution to the farmers’ woes but acknowledged that India’s farm sector still needs support.

Attacking the Congress, Jaitley questioned what the UPA government had done during its 10-year rule. He said it had announced a one-time loan waiver of Rs 70,000 crore but “only Rs 52,000 crore were waived off. The CAG report was that out of that Rs 52000 crore, a significant part of money went to traders and businessmen and not to farmers”.

Asked to comment on criticism that the Interim Budget presented on Friday was aimed at wooing the voters in the upcoming Lok Sabha elections, Jaitley said, “Budgets are a part of Parliamentary democracy, so are the elections.”

Citing the previous examples of populist budgets, he said in 2009, the then Finance Minister in UPA government Pranab Mukherjee had announced a stimulus package, not in Budget but in his reply to a debate on the Budget in Parliament. He saw no wrong if the middle class, which is a big chunk in India, gets some help through a budgetary exercise.