NEW DELHI: Finance Minister Piyush Goyal's most used words in the Interim Budget speech on Friday were 'crore', 'government', 'India' and 'tax'. The budget was a mega bonanza for farmers and salaried class coming ahead of the Lok Sabha election. 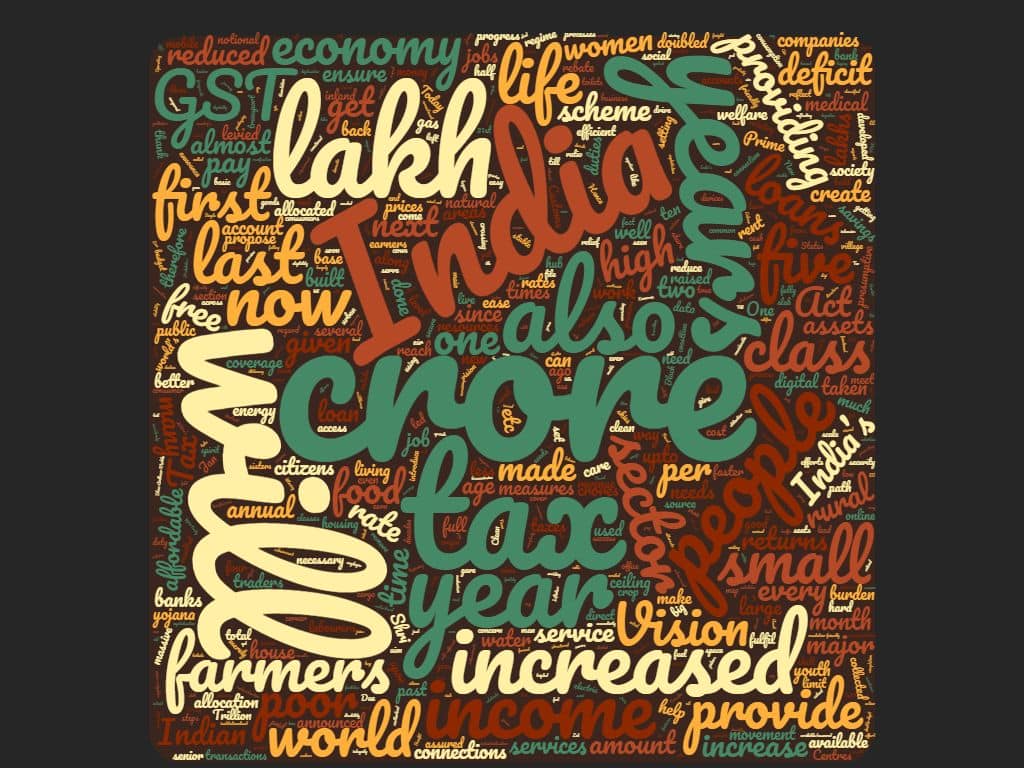 Goyal announced a new scheme 'Pradhan Mantri Kisan Samman Nidhi' under which Rs 6,000 will be transferred into bank accounts of farmers holding up to 2 hectares of land in three equal instalments. The scheme, he said will cost the exchequer Rs 75,000 crore annually, in a bid to provide relief to the distressed farm sector. He added that it will benefit 12 crore farmers and will be implemented from this fiscal itself.

"We are launching Pradhan Mantri Shram Yogi Mandhan today. The scheme will provide assured monthly pension of Rs 3,000, with the contribution of 100 rupees per month, for workers in the unorganised sector after 60 years of age," Goyal said.

Also in a major relief for the middle class, Goyal proposed to double the threshold tax exemption limit to Rs 5 lakh and increased the standard deduction from the existing Rs 40,000 to Rs 50,000. The announcement was greeted with thumping of desks by Prime Minister Narendra Modi and members of the treasury benches. The proposal will benefit 3 crore middle class tax payers, Goyal said.

Goyal added that an individual having an income of Rs 6.5 lakh per annum will not be required to pay any tax provided he invests in the specified tax saving schemes of the government. The TDS threshold on interest from bank, post office deposits was also raised from Rs 10,000 to Rs 40,000. "This is not just an Interim Budget, this is a vehicle for the developmental transformation of the nation," Goyal said.