Subramanian, had published a paper “India’s GDP Mis-estimation: Likelihood, Magnitudes, Mechanisms, and Implications” in June, 2019, on the basis of which he has also published an article in Indian media, making strong claims about India’s real GDP figures between 2011-12 and 2016-17. 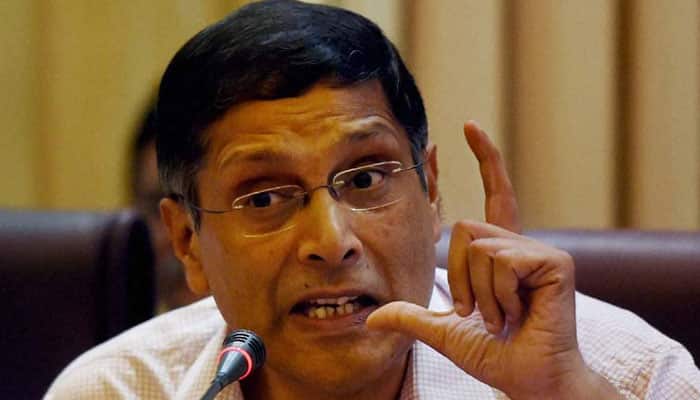 New Delhi: EAC –PM Chairman on Wednesday refuted claims made by Former Chief Economic Adviser (CEA) Arvind Subramanian in research paper that India may not have been the world's fastest growing economy between 2011-12 and 2016-17  and that GDP growth rate was overestimated.

“The Economic Advisory Council will examine in detail the estimates made in Arvind Subramanian’s paper and come out with a point-to-point rebuttal in due course,” an official release said.

“At the moment, it is felt that any attempt to sensationalize what should be a proper academic debate is not desirable from the point of view of preserving the independence and quality of India’s statistical systems, all of which the former CEA is familiar with,” it added.

Subramanian, had published a paper “India’s GDP Mis-estimation: Likelihood, Magnitudes, Mechanisms, and Implications” in June, 2019, on the basis of which he has also published an article in Indian media, making strong claims about India’s real GDP figures between 2011-12 and 2016-17.

The release added, it is worth noting that the Base Year of India’s income calculations shifted to 2011-12 on the basis of recommendations of several committees with experts in National Income Accounting. It was on the basis of these recommendations, started in 2008, that the Government implemented the change from January, 2015.

Therefore, it is wrong to suggest that the views of experts have not been taken into account while changing the Base Year or weights or switching from Annual Survey of Industries (ASI) to Ministry of Corporate Affairs (MCA) 21.

In his paper, Subramanian has used cross-country regressions to estimate what India’s GDP should be. Using cross-country regressions to estimate GDP is a most unusual exercise, as is the suggestion that any country’s GDP that is off the regression line must be questioned. The proxy indicators that he used can also be questioned. Nor does this exercise allow for GDP increases on the basis of productivity gains.

A country’s GDP is in nominal terms and any exercise should be on the basis of nominal figures, not real growth rates.

These are certainly issues that Subramanian must certainly have raised while he was working as CEA, though by his own admission, he has taken time to understand India’s growth numbers and is still unsure, the release said.