Expectations are high from the 89th Union Budget, given that PM Modi came back to power following a bigger mandate than his first term. As such, Sitharaman will have to do a tough balancing act, as she aims to boost growth. 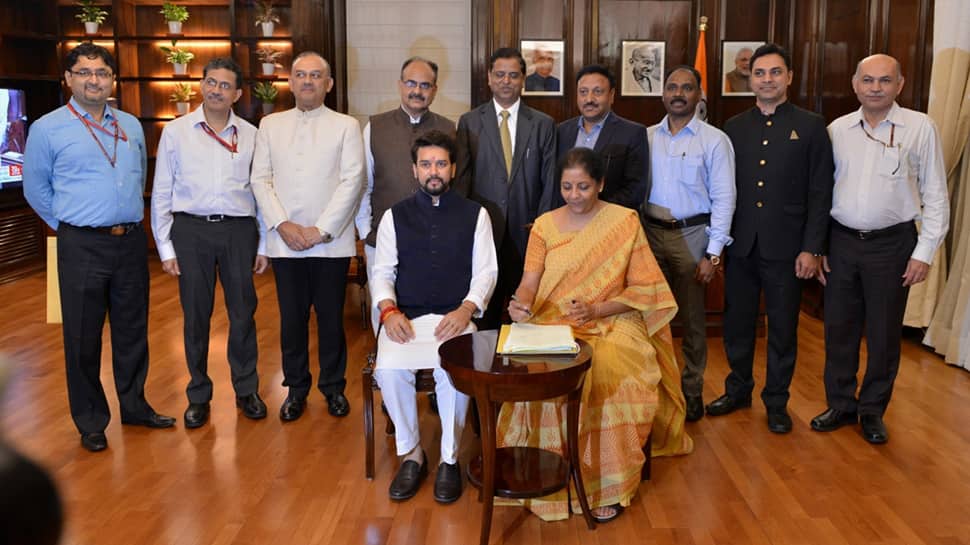 Union Finance Minister Nirmala Sitharaman on Friday will present the first Union Budget of the second term of the Narendra Modi government amid expectations that Centre will take a slew of measures to accelerate the slow economic growth of the country. It is also expected that the Central government will provide tax exemptions to millions of individual taxpayers, boost employment, push tax reforms and address multiple challenges faced by various sectors of the economy in the Union Budget 2019-20. 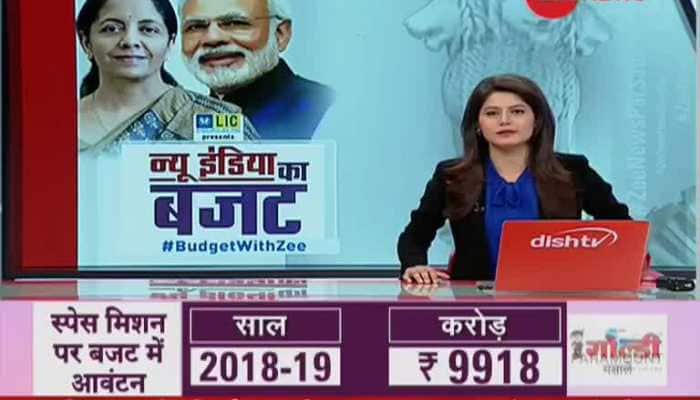 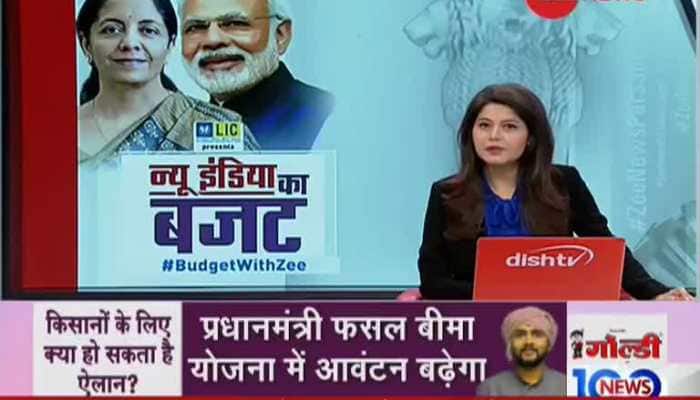 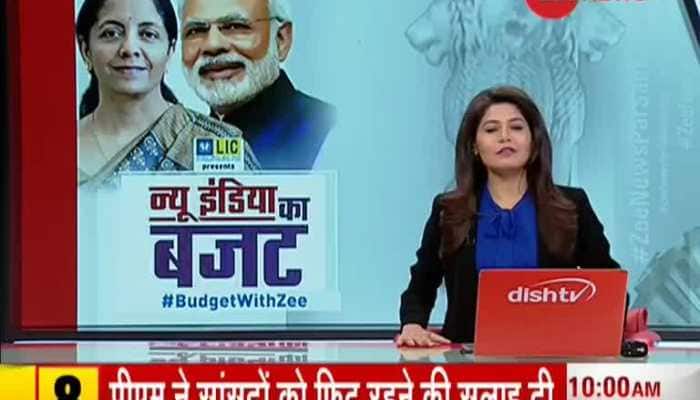 This will also be the maiden budget for Sitharaman, who becomes the second woman finance minister after Indira Gandhi to do so. The Budget speech will begin around 11 am with Sitharaman beginning it with an address to the speaker of Lok Sabha. Usually, the duration of the presentation ranges from 90-120 minutes.

The Finance Minister on Thursday tabled in Parliament the pre-Budget Economic Survey, which projected the state of the economy and outlined its challenges. The survey was released by Chief Economic Adviser Krishnamurthy Subramanian, which pegged the Gross Domestic Product (GDP) growth at 7 per cent.

Expectations are high from the 89th Union Budget, given that PM Modi came back to power following a bigger mandate than his first term. As such, Sitharaman will have to do a tough balancing act, as she aims to boost growth.

For the Finance Minister, the Union Budget 2019-20 gives her a unique opportunity to prove her mettle as she has stepped into the shoes of her more illustrious predecessors. However, at the same time, the FM faces a daunting task of bringing economic growth back on track while maintaining fiscal discipline.

It is widely expected that the Union Budget will have a slew of measures which will support growth both in the short-term and the long-term. It may be noted that economic expansion during last fiscal has slowed down to a five-year low of 6.8 per cent, with growth for the running fiscal (2019-20) pegged down substantially by the Reserve Bank of India.

It is expected that the Finance Minister will seize upon this opportunity to reboot economic growth with the Union Budget 2019-20 which can act as a catalyst for growth for a sluggish economy, given the strong political mandate for the government that ensures stability in policies and plays a  key role in implementing decisions of far-reaching consequences.

Despite considerable success in providing food and clothing to a major section of the population, housing still remains a key challenge for the government. A majority of the population in India, especially those living below the poverty line, continue to have no access to permanent, secure and affordable housing.

The first Union Budget of Modi government 2.0 will need to provide priority focus on rolling out mass housing schemes as part of a strategy to bring the deprived sections of the population within the social and economic mainstream. The broader aim of the Union Budget 2019-20 should be to establish greater connectivity between the policy vision, and on-ground implementation of policies to ensure greater outreach of housing programs.

Expectations are also high that the Modi government would provide tax exemptions to millions of taxpayers of the country. The Direct Tax Code, which is pending for nine years, is the next big tax reform that the Narendra Modi government would like to push for. The proposed direct tax code will replace the Income Tax Act, 1961 and the Wealth Tax Act of 1957.

FM Sitharaman may announce on Friday the government's intent on introducing a new direct tax code in her budget speech. The existing direct tax law deals with personal income tax, corporate tax and other direct levies such as the capital gains tax. Most of the indirect taxes are now covered under the goods and services tax (GST) that was rolled out in July 2017.

The new direct tax law is expected to widen the direct tax net by bringing in more assessees under its coverage. The corporate tax is likely to be lowered to 25 per cent. This will give a boost to businesses, as the global experience suggests. The Budget may also propose to phase out tax exemptions that have led to litigation. A corporate tax rate of 25 per cent is already available since 2018-19 for corporate houses with sales less than Rs 250 crore. Capital markets are also hopeful of the Budget doing away with the incidence of double taxation so as to lift a sagging primary market which is so vital for corporates to raise equity capital.

While growth remains the dominant theme, options to raise resources to fund a slew of supporting programmes and welfare schemes that were already announced by the government remains a key issue. With the government crossing the half-way mark of the budgeted fiscal deficit through the first two months of this fiscal, the Finance Minister will have to look for other means to raise resources.

There is also a fair chance that the private sector may find it difficult to raise funds in the wake of increased government borrowing and a tight liquidity scenario in the economy set off by the corporates de-leveraging their balance sheets following the IL&FS crisis.

It is also important for the government to increase household financial savings which will improve the liquidity situation in the economy without building price pressures. At the same time, there is an express need to improve the Tax-to-GDP ratio without burdening taxpayers with additional levies. For this to happen, tax officials should step up vigil against tax evasion at all levels and bring more people under the tax net.

Going by the government's vision of doubling farm income, it is expected that the government may give thrust to rural infrastructure and affordable housing. The government is also expected to continue its focus on rural and social schemes which will show tangible results. So after rural electrification, housing, toilets and cooking gas, the next big promise that the budget is set to make is that of ensuring piped water to every household by 2024.

FM Sitharaman is expected to provide the initial allocation for the ‘Jal Jivan Mission’ and ‘Nal se Jal’ initiative. The new Jal Shakti Ministry, which unifies all the functions of various departments dealing with water issues, will be the nodal ministry for this.

The Union Budget is expected to announce some tax sops for the aviation sector to tap growth opportunities. The government is expected to reiterate its focus on improving regional connectivity through its Regional Connectivity Scheme (RCS) and making flying affordable to the masses by providing a favourable eco-system.

With a continued thrust of the government on infrastructure creation and development, the Union Budget is likely to focus on upgradation of airports in Tier 2 cities through public-private-partnership (PPP) route.

The prolonged slowdown witnessed in the automobile sector could probably nudge the FM to introduce a "scrappage" policy for old vehicles as this may act as a catalyst to commercial vehicle producers and also to NBFCs who finance these vehicles.

We can also expect the Finance Minister to clearly spell out the divestment policies, including those of strategic public sector undertaking (PSU) divestiture and un-utilised land assets with state-owned undertakings. The Budget can also lay down a clear road map for recapitalisation of state-owned banks and also provide them with growth capital.

The Ayushman Bharat Healthcare Scheme is expected to get more clarity in the Budget. Markets would be keenly looking for innovative funding schemes to carry out the massive infrastructure spend needed to revive a slowing economy and this could be a big test for the Finance Minister.

The Railway Budget, which will also be presented along with the Union Budget, is expected to focus on passenger safety and better amenities. However, the government is not likely to introduce a new set of trains.

The government is also likely to stick to a ''modest'' rise in defence spending in the Union Budget 2019-20 because of tight government finances, which may further delay a long-planned military modernisation programme.

The Indian Air Force desperately needs hundreds of combat planes and helicopters to replace its Soviet-era aircraft while the Navy has long planned for a dozen submarines to counter the expanding presence of the Chinese navy in the Indian Ocean.

The Army, a large part of which is deployed on the border with arch-rival Pakistan, has been seeking everything from assault rifles to surveillance drones and body armour.

But these plans have been on hold for years because governments have not been able to set aside large sums and most of the defence expenditure goes on salaries and pensions for a 1.4 million standing military, the world's second largest after China.

In the interim budget announced in February before the Lok Sabha elections, the government allocated Rs 4.31 lakh crore ($62.27 billion) for defence, a 6.6 per cent rise over the previous year, raising concern at the time it wouldn't be enough for modernisation.

However, the Finance Ministry sources claim that it is unlikely that the Union Budget would make a significant increase in allocation for armed forces modernisation and defence acquisitions. Moreover, the Modi government has also tied military modernisation to its Make-in-India drive to build a domestic industry which has been slow in taking off.

Till 2016, the Union Budget was presented on the last working day of February. Former Finance Minister Arun Jaitley had changed the tradition in 2017 when he presented the Budget on February 1. In the same year, the government scrapped the 92-year-old practice of presenting Rail Budgets and general budgets separately and it was clubbed along with the Union Budget.

The budget is an annual financial statement of a government, detailing its revenue and expenditure in the past, as well as estimated spending and projections for the coming year.