Gadkari to kick off Rs 260-crore project to decongest Delhi

The project has been sanctioned at a cost of Rs 260 crore. For undertaking this project, Ministry of Defence has agreed to transfer 13 acres to National Highways Authority (NHAI). The time period for completion of the work is 18 months, it said. 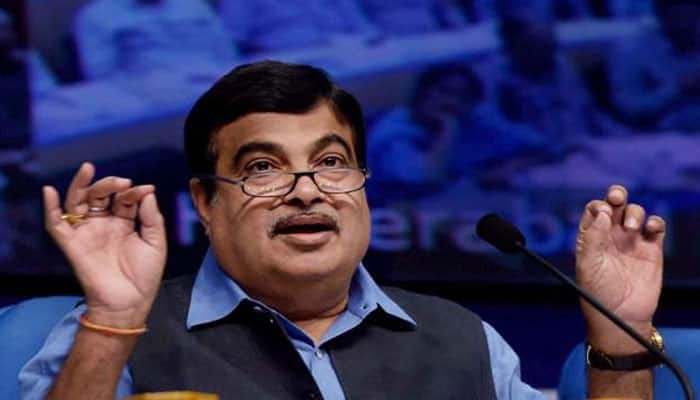 "Nitin Gadkari, Minister for Road Transport and Highways and Shipping will lay the foundation stone on August 14, for NHAI's project to decongest one of the Delhi's most congested corridors which leads to Indira Gandhi International Airport," the Ministry of Road Transport & Highways said.

The project has been sanctioned at a cost of Rs 260 crore. For undertaking this project, Ministry of Defence has agreed to transfer 13 acres to National Highways Authority (NHAI). The time period for completion of the work is 18 months, it said.

"The first bottleneck is junction of station road with NH8 in front of metro station and as per NHAI plan, this junction is being made signal-free," it said.

The ministry further said a flyover is proposed to be constructed on right carriageway for traffic from Gurgaon to Delhi and at the junction, provision for 'U' turn is also being provided. Further, two foot over bridges with escalators are also to be constructed for facilitating pedestrians.

For segregating buses, it said, proper bus bay is being provided. On station road, a vehicular underpass is being constructed for facilitating smooth movement of defence personnel.

"The stretch from Dhaula Kuan Junction to Parade Road is proposed to be widened to ensure minimum four lanes on either side for through traffic. Near junctions, additional structures are provided. In this stretch, a vehicular underpass is also proposed to be constructed for connecting defence establishments on either side," the statement said.

At Parade Road Junction, the curve is being improved by road widening to allow smooth turning of traffic towards airport/Gurgaon.

"For junction improvement, part of land is also required from police station. The bids for the project have been received and work is likely to start in October, 2017. The time period for completion of this work is 18 months," it added.

Petroleum products will not be brought under GST: MP Finance Minister