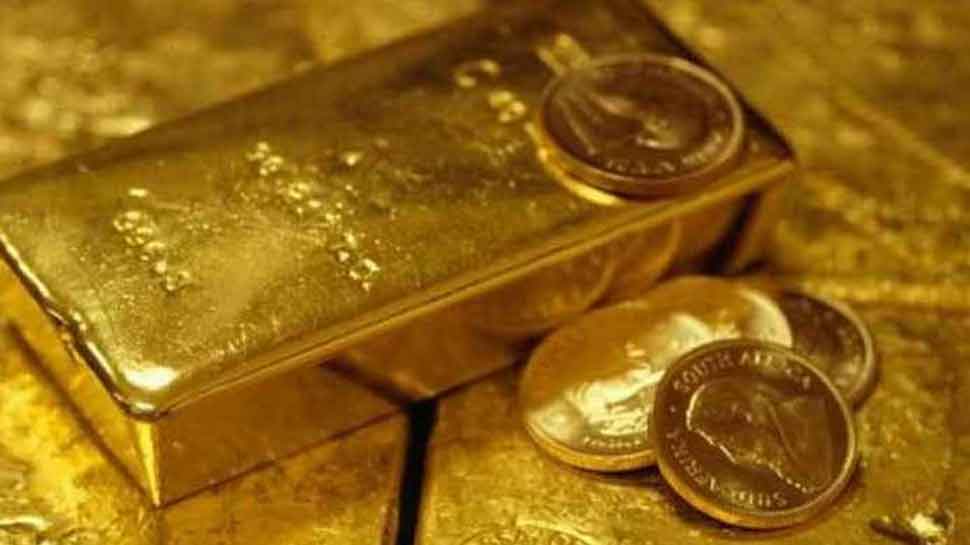 Gold prices fell on Monday as Asian stocks touched 19-month highs ahead of the planned signing of an interim trade deal between Washington and Beijing, which has encouraged investors to plough back into riskier assets.

"Risk (sentiment) looks pretty good in Asia, equity inflows are coming (along) nicely, built around this trade narrative and that`s depressing gold more than the global risk-on move," said Stephen Innes, a market strategist at AxiTrader. "There is dollar appetite in the market ... which is also depressing gold right now."

US Treasury Secretary Steven Mnuchin said on Sunday China`s commitments in the Phase 1 trade deal were not changed during a lengthy translation process and will be released this week. Further easing concerns, a Wall Street Journal report said on Saturday Washington and Beijing had agreed to semi-annual talks aimed at pushing for reforms in both countries and resolving disputes.

Gold prices gained 18% last year on the backdrop of the protracted trade tussle between the world`s top two economies. The dollar firmed ahead of the deal signing, making gold more expensive for buyers using other currencies.

Gold prices gained nearly 0.7% last week in volatile trading amid heightened US-Iran tensions after the US killing of a top Iranian commander in Baghdad and on slower-than-expected U.S. job growth in December. The United States imposed more sanctions on Iran on Friday and vowed to tighten the economic screws if Tehran continued "terrorist" acts or pursued a nuclear bomb.

"The precious metal, though easing off previous highs over de-escalating tensions (US-Iran), will remain of key importance as markets stay cautious over geopolitical happenings in the current term," Benjamin Lu, an analyst at Phillip Futures, said in a note.

Spot gold is biased to break a support at $1,546 per ounce and fall towards $1,524, according to Reuters technical analyst Wang Tao. Holdings of the world`s largest gold-backed exchange-traded fund, SPDR Gold Trust, fell 0.9% to 874.52 tonnes on Friday, their lowest since Sept. 16.