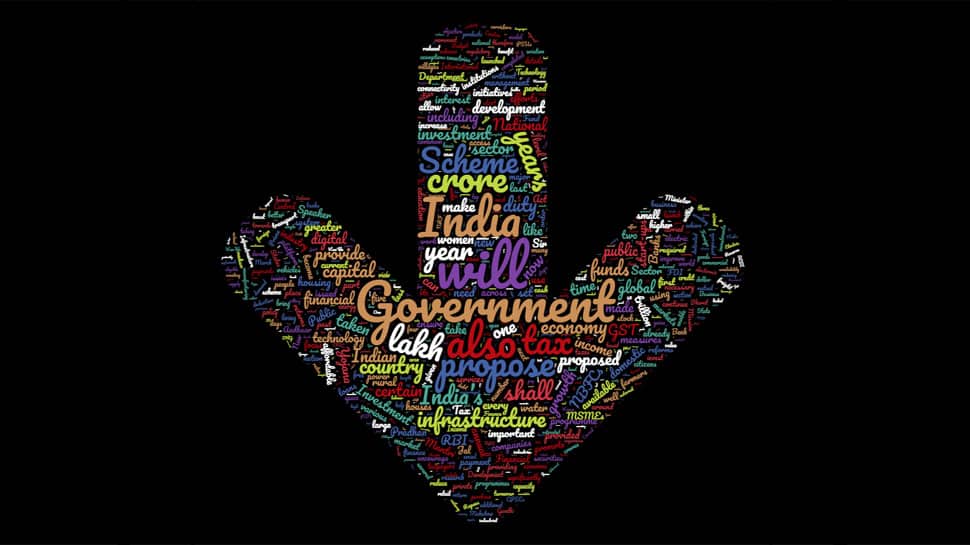 NEW DELHI: In her maiden budget speech, Finance Minister Nirmala chartered the roadmap for several sectors in an effort to revive the country's economic growth. She proposed a host of futuristic national schemes under Union Budget 2019-20, harping on the need for heavy investments and a digital economy. Which is why the word 'Government' and 'India' were the most repeated words in the budget speech.

Sitharaman uttered 'government' 83 times, followed by 'India' nearly 80 times. 'Up', 'propose', 'year' and 'tax' were the next most common words in the speech.

Sitharaman's speech --  the first since the Bharatiya Janata Party led by Prime Minister Narendra Modi returned for a second term in power – lasted a little over two hours. PM Modi hailed the budget as a "historic step for New India." The budget stressed upon the need for heavy investment in infrastructure, digital economy and job creation in small and medium firms to fulfill the aspiration of making India a 5 trillion dollar economy.

Underlining the importance of "Make in India", the Finance Minister has proposed a number of initiatives as part of a framework for kick-starting the virtuous cycle of domestic and foreign investments. The Centre will also spend Rs 100 lakh crore on infrastructure upgradation over the next five years.

Union Budget 2019: No change in income tax slab, but super-rich to pay more