As of now, the cost of transporting any commodity from one part of the country to another comes to 14% of the GDP. 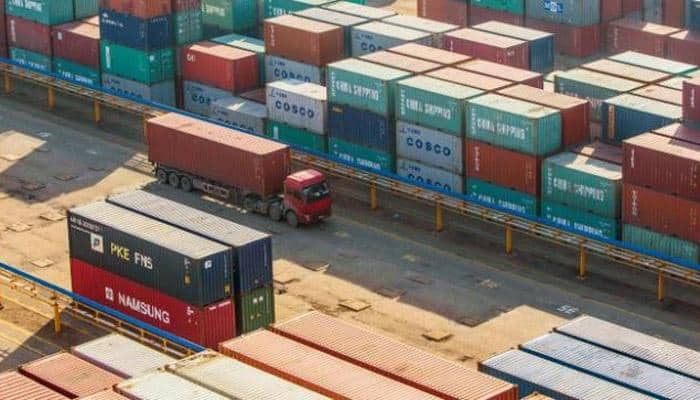 Prime Minister Narendra Modi-led NDA government may soon come up with a national Logistics policy. Sources have told Zee News that the same has been forwarded to the Union Cabinet, which is likely to approve it in its next meeting.

The motive behind bringing the national Logistics policy is to bring the cost on logistics to 9% of the Gross Domestic Product (GDP). As of now, the cost of transporting any commodity from one part of the country to another comes to 14% of the GDP.

Notably, a major reason for strong economy of countries like the US, China and European nations is low Logistics cost. In these countries, the Logistics cost is less than 5% of the GDP.

As part of the national Logistics policy, focus would be given on transportation of goods to different parts of the country without any resistance.

According to the proposals of the policy, a single-window clearance mechanism would be introduced to remove all hurdles in transportation of goods. Apart from this, warehouses and high-end godowns will also come up at major centres across the country.

Earlier this month, Minister for Commerce and Industry and Railways Piyush Goyal had said that all transport sectors of railways, civil aviation, roads and shipping would work towards bringing logistics costs below 10%

Speaking at the 9th Asia-Pacific Trade Facilitation Forum 2019 in New Delhi, organised by Department of Policy for Industry and Internal Trade (DPIIT), Ministry of Commerce and Industry, and Confederation of Indian Industry (CII), Goyal had said that the National Committee on Trade Facilitation was working proactively to ensure the improvement in trading environment with reduced turnaround time and transaction costs.