This is one of the 11 proposals prepared by the railways in its 100-day plan, with instructions to initiate immediate action to implement them by August 31. 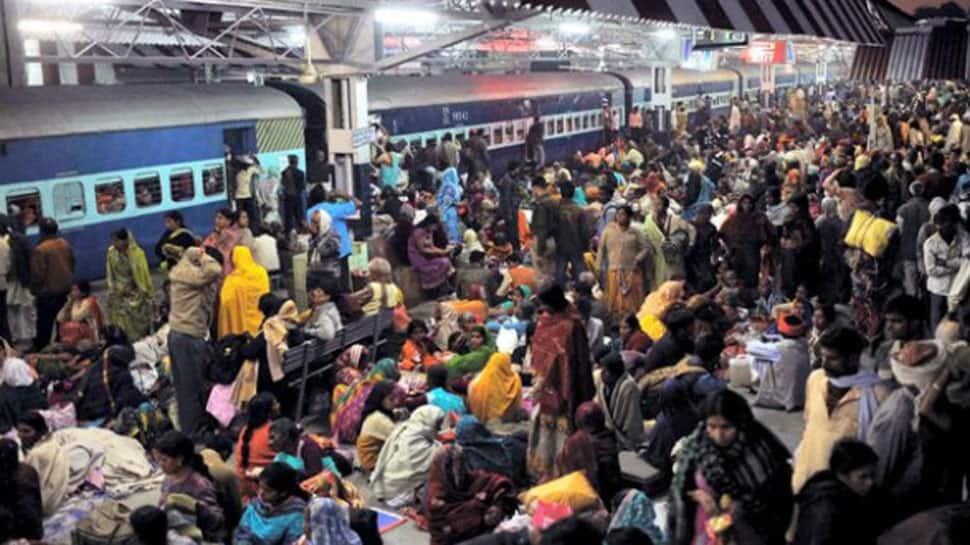 New Delhi: The railways plans to bring down by five hours the travel time between the busy Delhi-Howrah and Delhi-Mumbai routes with an investment of about Rs 14,000 crore in infrastructure over the next four years.

This is one of the 11 proposals prepared by the railways in its 100-day plan, with instructions to initiate immediate action to implement them by August 31.

Presently, the fastest train on the Delhi-Howrah route takes 17 hours to complete the journey while on the Delhi-Mumbai route the quickest train takes 15.5 hours. The proposal is to reduce the travel time to 12 hours and 10 hours respectively.

The proposal is being sent to the Cabinet Committee for Economic Affairs for approval.

According to the proposal document, the railways has set a target to ramp up the speed of the trains on these routes from the present 130 kmph to 160 kmph.

The document, a part of the 100 day-plan being prepared by union ministries on the direction of Prime Minister Narendra Modi, lays down the vision for the national transporter for the next three months.

The project is proposed to be implemented within four years from the date of approval.

The document also lists 10 other targets for the railways which need to be initiated within the next 100 days. One of them is the railways' version of the "give it up" scheme which was introduced by Railway Minister Piyush Goyal for encouraging people to give up their subsidies on train tickets.

Many senior citizens had in fact given up their subsidies on travel tickets.

The railways plans to launch a massive awareness campaign which would run across media platforms and inside running trains to encourage people to give up their subsidy voluntarily.

It has been proposed in the document to invite private operators to run two of its trains and also some routes which have low congestion and connect important tourist spots can be offered to them through Request for Proposal (RFP) and a Request for Quote (RFQ) within the next 100 days.

The document has also proposed that within the next 100 days, cabinet approval be obtained for digital corridor for railways with provision of 10 MHz spectrum in 700 MHz frequency band for railways which would enable it to increase trains carrying capacity due to increase speed potential, improve operation during fog and improved security.

Other 100-day proposals include: wi-fi at all 6,485 railway stations including 4,882 balance station in the next 100 days; obtain approval for elimination by 2023 of 2,568 level crossings on golden quadrilateral diagonals with assured 100 per cent funding of Rs 50,000 crore from the government; an advanced signalling system; redevelopment of 50 railways stations in 100 days and restructuring of railway board and technological revamp.