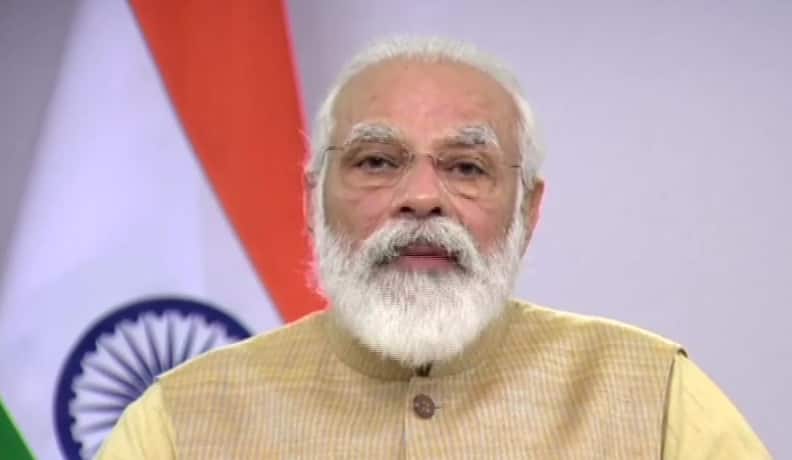 The Prime Minister said that India invites you to invest in defence and space, adding "We are raising the FDI cap for investment in the defence sector to 74 per cent. India has established two defence corridors to encourage the production of defence equipment and platforms." "We offer special incentives for private and foreign investors," PM Modi added.

Talking about opportunities in the civil aviation sector, the Prime Minister said, "Civil aviation is another area of great potential growth. The number of air passengers is expected to more than double within the next 8 years."

PM Modi added, "The top private Indian airlines plan to include over a thousand new aircraft over the coming decade. This is a huge opportunity who chooses to set up a manufacturing unit in India."

According to PM Modi, "every year, we are reaching record highs in FDI. Each year is significantly higher than the earlier one. FDI inflows in India in 2019-20 were $74 billion."

This is an increase of 20 per cent from the year before and the US investments have already crossed $40 million this year, he said, adding that India has attracted more than $20 billion in the middle of COVID-19 pandemic.

The Prime Minister said that recent experience has taught us that the global economy has been too focused on efficiency and optimization. "Efficiency is a good thing, but we forgot to focus on something equally important. That is resilience against external shocks."

Global economic resilience can be achieved by stronger domestic economic capacities, PM Modi said, adding that India is contributing towards a prosperous and resilient world through the clarion call of an 'Atmanirbhar Bharat'.

Notably, the virtual summit is being represented by a high-level presence from Indian and US government policymakers, state-level officials and thought leaders from business and society.

The summit aims to bring together senior officials from the government of India and the United States who are setting the post-pandemic recovery agenda.