DFC Corridor will provide a boost to the Indian economy as well, it is said since multi-transition parks are being built on several stretches along this corridor, where thousands of people will get employment. 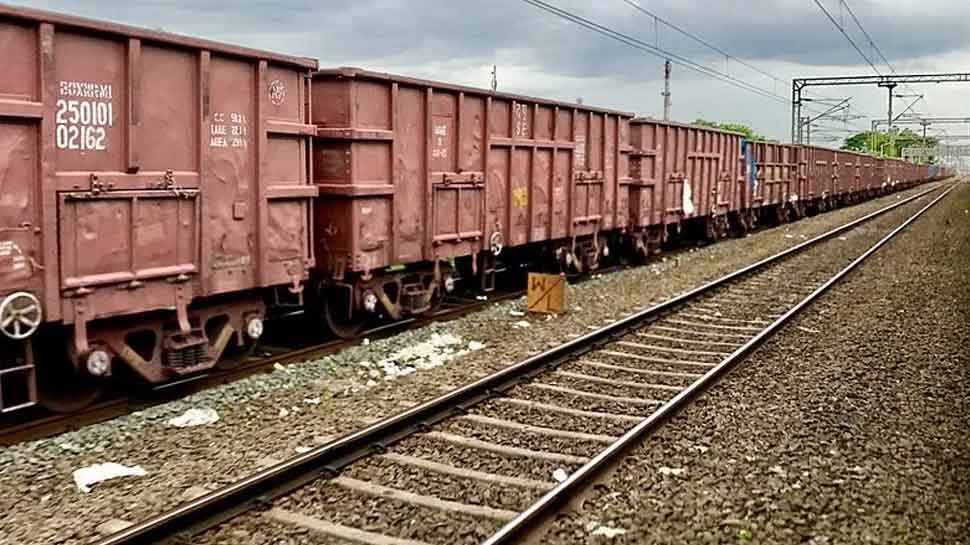 Sawai Madhopur: The Indian Railways on Friday conducted the successful trial run of double-decker freight trains on the newly-built Western Dedicated Freight Corridor (DFC) in Rajasthan's Sawai Madhopur district. This was done a day after the successful speed tests of the good trains on Thursday. During the trial, the trains attained the speed of 100 kilometres per hour at the Western Corridor, which covers 1,504 km from the Jawaharlal Nehru Port Trust near Navi Mumbai to Dadri in UP.

Presently, the freight trains run at an average speed of 25-kilometre per hour.

Another interesting aspect of this development is that the length of the existing goods train will almost be doubled. Currently, the length of the goods train that runs through the existing corridor is about 650-700 meters. However, it will now be possible to run a 1500 meters long good train on the new DFC corridor, i.e. about double the amount of goods can now be transferred in just one train.

The construction of the Rs 81,459 crore Western Dedicated Freight Corridor (DFC) project would enable the decongestion of existing over-saturated paths which, thereby, will effectively improving punctuality of passenger trains.

''A 350 km portion of the track has already become part of the Western Corridor and by the year 2021, 1500 km long corridor will also be prepared,'' DFC MD AK Sachan said.

The DFC corridor will run only freight trains. This project, once completed, will entirely change the picture of the railways' network in India, according to experts.

Work is being done on two corridors in the first phase.

The East Corridor is being built from Ludhiana to Kolkata and the second Western Corridor is being built from Dadri to JNPT port in Mumbai, says DFC GM (Operation) Ved Prakash. He added that the corridor, in many ways, will not only give a momentum to the transportation of industry across the country but would also indirectly benefit the passengers travelling on the train.

DFC Corridor will provide a boost to the Indian economy as well, it is said since multi-transition parks are being built on several stretches along this corridor, where thousands of people will get employment.