Here is looking at the previous Budget and the announcements made by the Modi government since coming to power in 2014. 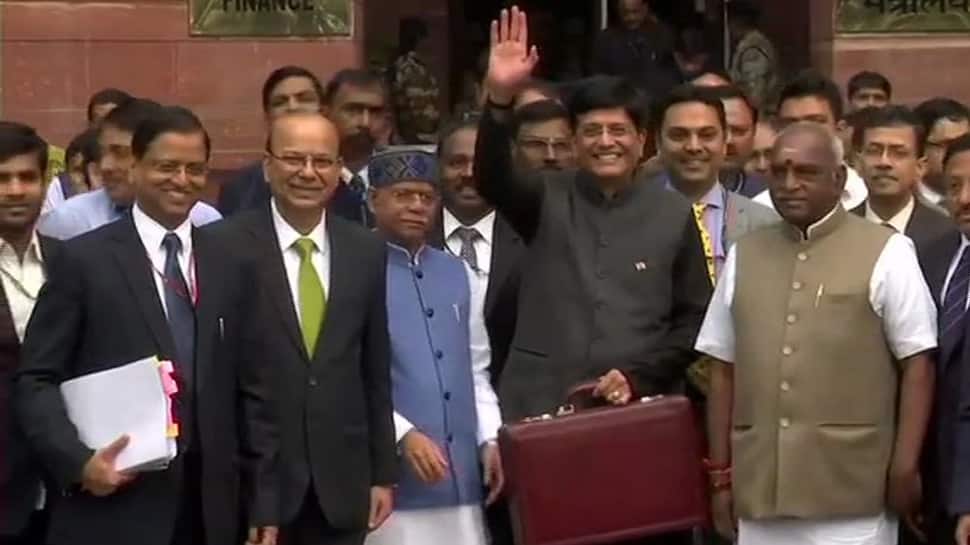 New Delhi: Finance Minister Piyush Goyal will present the Narendra Modi led NDA government’s Interim Budget on Friday. The Interim Budget for 2019-20, the last financial exercise by the Central government before the General Elections, due in May.

Here is looking at the previous Budget and the announcements made by the Modi government since coming to power in 2014.

The Investment limit under Section 80C was hiked to Rs 1.5 lakh from the current Rs 1 lakh, while the FM increased housing loan interest rate deduction limit to Rs 2 Lakh.

In further relief to the depositors, the FM announced that the PPF (Public Provident Fund) deposit ceiling will be raised to Rs 1.5 lakh per annum from the existing Rs 1 lakh.

Finance Minister Arun Jaitley proposed no changes in personal income-tax rates for 2015-16 but extended benefits to middle-class by increasing the limit of deduction on health insurance premium from Rs 15,000 to Rs 20,000, while presenting the Budget 2015-16.

The transport allowance exemption was also doubled to Rs 1,600.

In the first full-year Budget of the NDA government, Jaitley announced a 5 percent reduction in corporate tax over next four years, abolished wealth tax and replaced it with an additional 2 percent surcharge on super-rich individuals, while increasing service tax that will result in higher cost of variety of services.

With the levy of 2 percent additional surcharge, the total surcharge on 'super-rich' individuals with an income of over Rs 1 crore, became12 percent as against 10 percent.

The Budget for financial year 2016-17, presented by Finance Minister Arun Jaitley offered sops for small and marginal income tax payers though no change in personal Income Tax slabs was made.

In relief to small tax payers, the Budget proposed to raise the ceiling of tax rebate under Section 87(A) from Rs 2000 to Rs 3000 for incomes not exceeding Rs 5 lakh per annum. Those who did not have house of their own and did not get house rent allowance from employers would get a deduction of Rs 60,000 per year as against Rs 24,000, FM had announced.

First time home buyers also got a deduction of an additional interest of Rs 50,000 per annum for loan upto Rs 35 lakh, during 2016-17, provided the house value does not exceed Rs 50 lakh.

Breaking from the past, Jaitley presented a historic Budget in which the railway budget was merged and the date advanced by a month, retaining the 15 percent surcharge on taxable income above Rs 1 crore.

While the taxation liability of people with income upto Rs 5 lakh is being reduced to half, all other categories of tax payers in the subsequent slabs will also get a uniform benefit of Rs 12,500 per person. In the case of senior citizens above 60 years, there will be no tax upto Rs 3 lakh, while the exemption will be upto Rs 5 lakh in case of citizens above 80 years. Both the categories will attract income tax of 20 percent on income between Rs 5 lakh and Rs 10 lakh and 30 percent for income above Rs 10 lakh, Jaitley had announced.

Keeping the income tax rates and slabs unchanged, Jaitley introduced a Rs 40,000 Standard Deduction for salaried employees and pensioners in lieu of the present exemption in respect of transport and medical expenses. Which means, no tax is applicable on Rs 19,200 of transport allowance and medical expenditure of up to Rs 15,000. This has now been subsumed into the new Standard Deduction of Rs 40,000 which may mean very little benefit in tax saving considering that health and education cess has gone up.

The centrepiece of the budget was the government's plan to provide universal healthcare through a 'National Health Protection scheme'. It provides a cover of up to Rs 5 lakh per family per year for secondary and tertiary care hospitalisation to 10 crore poor and vulnerable families, or about 50 crore beneficiaries, nearly half of India's population of 125 crore.