The government delivered a budget to shore up support for farmers as well as among the salary-earning middle class. 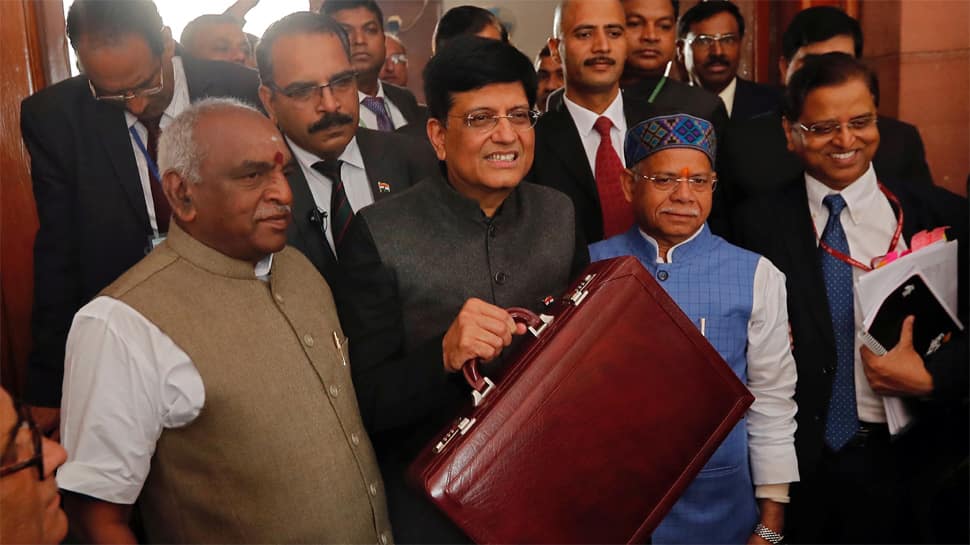 NEW DELHI: Prime Minister Narendra Modi-led Centre on Friday pledged its support for farmers and reduced the tax burden for middle-class voters, hoping to refind favour with its last budget before a general election.

With opinion polls suggesting that Bharatiya Janata Party (BJP) could lose its parliamentary majority in an election that must be held by May, the government delivered a budget to shore up support in the countryside, and among the urban, salary-earning middle class.

The interim budget for 2019-2020 offered direct cash support to poor farmers and allocated more funds for a rural jobs guarantee scheme and rural development, like building roads and homes. Vying with an opposition that has also trumpeted budget-straining populist plans to win support from poorer voters, the government said it would launch a pension scheme for people working in India's vast unorganised sector.

The budget proposals also reduced the burden for the middle class, by raising the income tax threshold from Rs 250,000 to Rs 500,000. Many of the measures were aimed at putting money into pockets quickly. "This is not just an interim budget, this is a vehicle for the developmental transformation of the nation," Finance Minister Piyush Goyal told the Lok Sabha, as BJP lawmakers thumped their desks and chanted "Modi, Modi".

"India is solidly back on track and marching towards growth and prosperity," said Goyal, who delivered the budget instead of Finance Minister Arun Jaitley, who is undergoing medical treatment in the United States.

India was expected to expand 7.2 per cent this fiscal year, Goyal said, keeping its slot as one of the world`s fastest-growing major economies.

The interim budget for 2019/20 allocated 600 billion rupees for a rural jobs programme and 190 billion for building of roads in the countryside.

The big giveaways resulted in fiscal slippage, for a government that has been seeking to drag down its deficit. The budget would put the fiscal deficit for the year ending on March 31 at 3.4 per cent of gross domestic product (GDP), slightly higher than the targeted 3.3 per cent. Goyal set a deficit target of 3.4 per cent for 2019/20, instead of the earlier target of 3.1 per cent, but he went onto project the deficit would come down to 3 per cent in both of the following two years.

"The fiscal deficit flat at 3.4 per cent of GDP, which is a sharp deviation from fiscal consolidation roadmap, is a disappointment. The consequent numbers of both net and gross market borrowings seem higher than the market expectation," said Upasna Bhardwaj, senior economist at Kotak Mahindra Bank in Mumbai.

But Fang said the budget announcements did not change the rating agency`s stance on India. Moody`s rates India at "Baa2" with a "stable" outlook. India's bond and currency markets see-sawed as investors were initially relieved the fiscal slippage wasn`t any worse, but the market became jittery over the budget plan to borrow Rs 7.04 trillion in the coming fiscal year.

The benchmark 10-year bond yield was at 7.48 per cent, having traded at 7.49 per cent prior to the budget announcement, while the rupee firmed very slightly to trade at 71 against the US dollar.