Mobile phones to cost more as Centre hikes GST to 18%

The GST (Goods and Services Tax) Council on Saturday (March 14, 2020) announced that the tax on mobile phones and specific parts will be increased from 12 per cent to 18 per cent. The decision of tax hike was taken in the GST council meeting chaired by Finance Minister Nirmala Sitharaman. 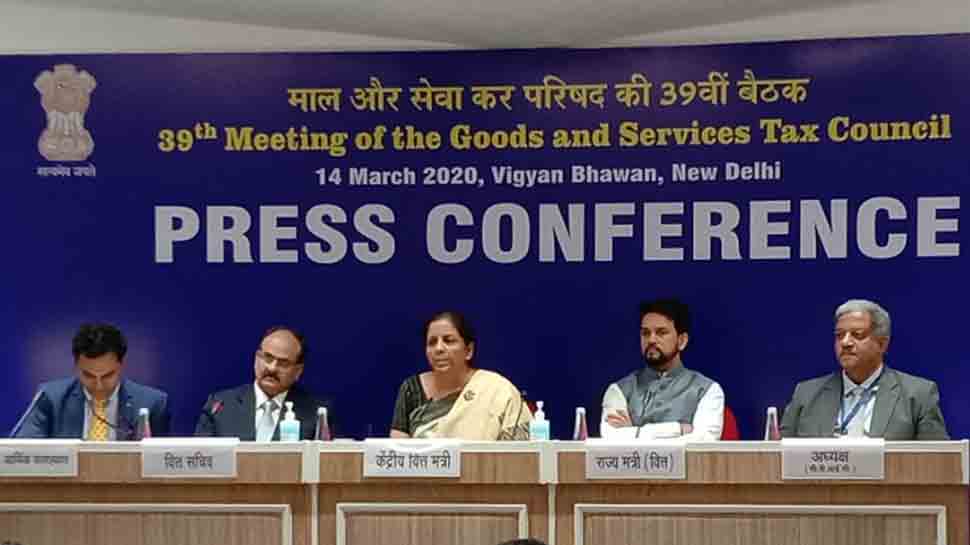 New Delhi: The GST (Goods and Services Tax) Council on Saturday (March 14, 2020) announced that the tax on mobile phones and specific parts will be increased from 12 per cent to 18 per cent. The decision of tax hike was taken in the GST council meeting chaired by Finance Minister Nirmala Sitharaman.

Addressing a press conference Finance Minister Nirmala Sitharaman said, ''It was decided to raise the GST rate on mobile phones and specific parts, presently attracting 12% GST, to be taxed at 18%.''

According to IANS, the India Cellular and Electronics Association (ICEA) in a letter to the Finance Minister on March 12, had said the mobile handsets sector was in deep stress because of the supply chain disruption due to coronavirus outbreak and had further demanded not to take such step. This increase in the tax rate for mobile phones will impact 31-32 crore Indians who buy phones in the country said ICEA.

Meanwhile, the finance ministry also extended the deadline for filing the GST9R and GSTR9C for the financial year 2018- 19 to June 30, 2020."Late fees not to be levied for the delayed filing of the annual return & reconciliation statement for 2017-18 & 2018-19 for taxpayers with aggregate turnover less than Rs 2 crore," Sitharaman said. The FM also informed that  Rs 78,000 crore has been collected as compensation cess and the total compensation related to stats amounts to Rs 1.2 lakh crore.

The aviation industry saw some drops in the tax rates as Sitharaman announced that the government has decided to reduce the GST rate on MRO services in respect of aircraft from 18 per cent to 5 per cent with full ITC (input tax credit).

Addressing media Sitharam said that the government has given approval to the Know Your Supplier scheme. Sitharaman said there will be one rationalised rate of GST at 12 per cent for both hand-made and machine-made matchsticks. The GST rate was 18 per cent on machine-made and 5 per cent on man-made matchboxes.

Sitharaman asserted that Infosys will ensure a better GSTN system by July 2020 instead of January 2021. She also demanded better coordination between Infosys and Tech Mahindra to address tax assesses issues. Sitharaman has asked Infosys chairman Nandan Nilekani to attend next three meetings of the GST Council and update the Council on status of implementation of the decisions taken by the Council.