The RBI mandated that all new floating rates for personal and retail loans, along with loans to MSMEs are to be linked to an external benchmark  from October 1. 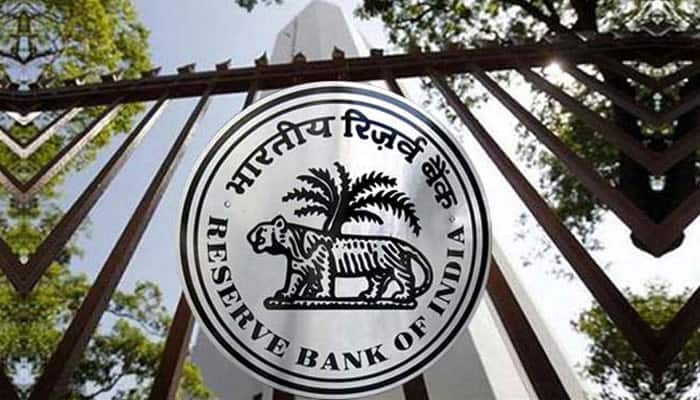 Mumbai: Moody's Investor Service on Tuesday said the RBI's mandate on aligning commercial bank floating loan rates to the external benchmark from next month is credit negative for Indian banks.

"Currently, banks' floating rate loans are benchmarked to the Marginal Cost of Funds-based Lending Rates (MCLR). With changes in lending rates aligned to changes in the cost of funding, banks are able to mitigate their interest rate risk.

"Under the new rules, this direct linkage between lending rates and funding costs will no longer exist. This will expose banks to asymmetrical movements in the cost of funding and loan yields, thus exposing them to interest rate risks," the US rating agency said in a report.

"On September 4, the Reserve Bank of India (RBI) mandated that all new floating rates for personal and retail loans, along with loans to micro, small and medium enterprises (MSMEs) are to be linked to an external benchmark from October 1. This is a credit negative for India's banks as it will limit their flexibility in managing interest rate risk", it added.

This new external reference rate could either be the central bank's key lending, or repo, rate, the three-month or six-month treasury bill rates, or any other benchmark market interest rate published by the Financial Benchmark India Private Ltd -- an entity that administers benchmark rates.

Under the new rules. banks will be free to decide the spread over the external benchmark.

Subsequently, credit risk premiums may undergo change when a borrower's credit assessment also undergoes a substantial change, as agreed upon in the loan contract. Moreover, other components of spreads, including operating costs, can be altered once every three years.

Under the new rules, the direct linkage between lending rates and funding costs will no longer exist. This will expose banks to asymmetrical movement s in the cost of funding and loan yields, thus exposing them to interest rate risks.

These risks will be manifest in three ways, the Moody's report said.

Under the new regime, while the floating rate loan book will get re-priced, only the non-current and savings accounts (CASA) deposits deposits will see a re-pricing. CASA makes up asignificant portion of bank deposits. Interest rates on CASA deposits tend to be tend to be low but stable

With interest rates already low on CASA deposits, a bank is unlikely to want them any lower a s it will risk losing customers, Moody's said. For instance, state-run State Bank of India has linked its savings deposit rate to the repo rate, but subject to the savings deposit rate not falling below 3 per cent.

Thirdly, banks' funding requirements are dynamic with periods when a particular bank's funding needs are high and it will readily pay higher than market rates, and vice versa. The new rules will impede the ability of banks to reflect such changes in funding costs of their lending rates as these will be linked to an external benchmark.

The new rules will be applicable only to new personal, retail and MSME loans. Therefore, according to Moody's, the near-term impact will be mitigated as new loans will be a relatively small portion of banks' loan books to begin with.

The report said RBI's mandate will affect all rated Indian banks, although in varying ways.