Will stick to fiscal prudence, lower tax rates if voted to power: Jaitley

The general elections will be held in phases beginning April 11 and counting of votes will take place on May 23. 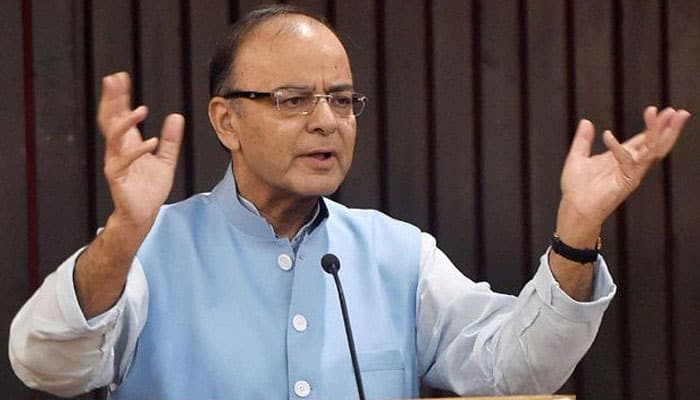 He further said the GST (Goods and Services Tax) Council has cut tax rates on consumption items to 12 or 18 percent from the highest slab of 28 percent and lowering rate on cement is next on agenda.

"I speak in terms of taxation policies... I'm quite clear in my mind that on two issues at least we had - a lot of good fiscal prudence and we brought the rates down, these are two areas, if we are in power we will continue the same glide path," Jaitley said while addressing the CII AGM here.

The general elections will be held in phases beginning April 11 and counting of votes will take place on May 23.

Jaitley said India's growth has stabilised between 7-7.5 percent and irrespective of global trends, domestic consumption is going to increase.

"We have come to 7-7.5 percent (growth rate) range despite the fact that there is no global boom or support of any kind, and we have stabilised at that, you need to graduate further," he added.

The Reserve Bank of India Thursday cut its GDP growth forecast for the current fiscal by 20 basis points (bps) to 7.2 percent.

The minister said that over the last 5 years the government did not increase tax rates, and in some cases doubled tax base and increased tax collection.

"In the last 20 odd months of the GST except for Cement that is because of affordability, ... Every item of consumption has come down to 18 percent and 12 percent category from 28 percent. So, it is only a matter of time that the last one also comes down," Jaitley said.

Asked what steps would be taken if the government comes to power, Jaitley said, "Wait for a couple of days, when our manifesto comes out, you may find some of the views expressed in that".

The government had revised upwards the fiscal deficit target for 2018-19 fiscal to 3.4 percent from 3.3 percent projected in the budget.

For current fiscal, which begun on April 1, the fiscal deficit target has been set at 3.4 percent.