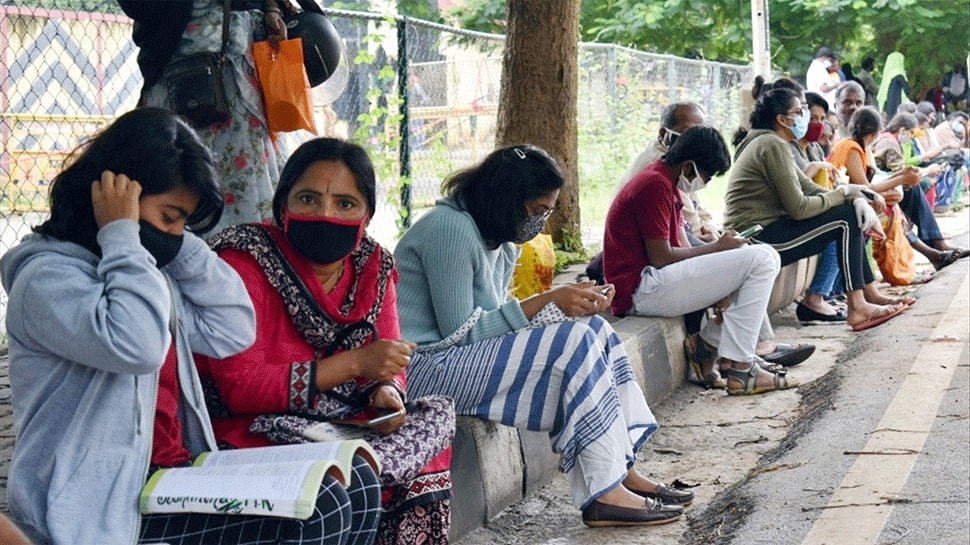 NEW DELHI: Union Education Minister Ramesh Pokhriyal Nishank on Monday (September 14) expressed satisfaction over NEET examination conducted on Sunday across the country despite COVID-19 pandemic and said it was more successful than JEE Main and 90 per cent students took it. "NEET examination became more successful than JEE Main. It was a big challenge for us," the minister told ANI.

"Presence of over 90 per cent of students has made history in odd circumstances when people were saying that there would be a mess. We knew that a student does not want to waste even a single day, how could they think of wasting a year."

He said after JEE Mains exams were held successfully, he made an appeal to NEET students. The minister asked if a child`s future should be put at risk because the number of students will double next year and the number of seats will be limited.

"Students knew this and were worried. They had to take part in the examination and appeared," he said. He also said the government made examination centres and gave students options and noted that 3,843 centres were created for NEET students.

"Just as the result of JEE examination came out in record time, it will be similar for NEET exam," Pokhriyal said.

He also recalled the decision of the Supreme Court in the case.

"I am thankful to the Supreme Court which said that it is not right to waste one year of students and we followed the instructions given to us by looking at the future of the children. We have been successful," he said.The April session JEE Main exam was conducted from September 1 to 6. It was postponed due to COVID-19 pandemic.