Know what to do to stick to New Year's resolution

The secret to a successful New Year's resolution may lie in, well, keeping it a secret or at best asking yourself a question. 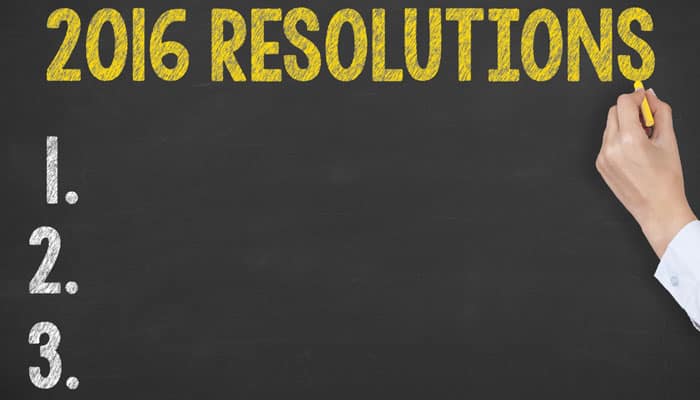 New York: All geared up for the New Year bash and ready to declare your resolution? Just hold on. New research has found that the secret to a successful New Year's resolution may lie in, well, keeping it a secret or at best asking yourself a question.

So if you want 2016 to give your body a sexy shape, a question like, “Will I exercise -- yes or no?” may be more effective than declaring, “I will exercise”, the study said.

The trick of asking a question works also in people whose behaviour you want to influence, the researchers said.

"Will you exercise this year?" That simple question can be a game-changing technique for people who want to influence their own or others' behavior, said the study spanning 40 years of research.

The research looked at more than 100 studies examining the 'question-behavior effect,' a phenomenon in which asking people about performing a certain behaviour influences whether they do it in the future.

The effect has been shown to last more than six months after questioning.

"If you question a person about performing a future behaviour, the likelihood of that behavior happening will change," said study co-author Dave Sprott, senior associate dean of Carson College of Business, Washington State University.

The basic idea is that when people are asked 'Will you recycle?' it causes a psychological response that can influence their behavior when they get a chance to recycle.

The question reminds them that recycling is good for the environment but may also make them feel uncomfortable if they are not recycling.

Thus, they become motivated to recycle to alleviate their feelings of discomfort.

Overall, the researchers' findings suggest questioning is a relatively simple yet effective technique to produce consistent, significant changes across a wide domain of behaviours.

"We found the effect is strongest when questions are used to encourage behaviour with personal and socially accepted norms, such as eating healthy foods or volunteering," first author Eric Spangenberg from University of California, Irvine, noted.

The researchers found the question-behaviour effect to be strongest when questions are administered via a computer or paper-and-pencil survey, and when questions are answered with a response of 'yes' or 'no.' They also found that those using the technique are better off not providing a specific time frame for the target behaviour.

The study appeared in the Journal of Consumer Psychology.