Draupadi had rejected Karna owing to his background (he was a Sut-Putra meaning son of a charioteer). 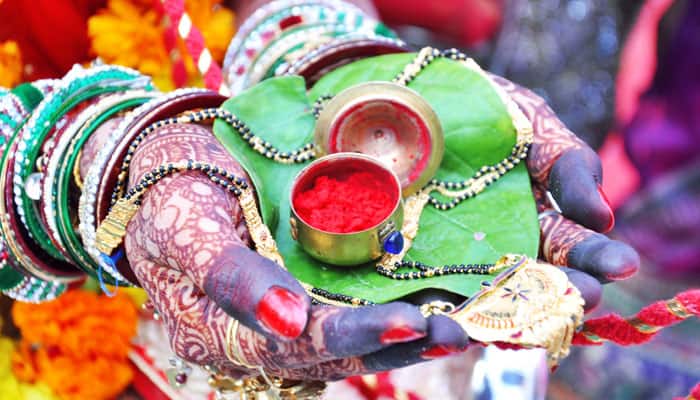 Draupadi – also known as Panchali – was the daughter of the King of Panchal Dhrupada.

She is one of the most important characters of the Indian epic – Mahabharata.

King Dhrupada had organised a Swayamvar for his daughter so that he could get her married to the best archer and the most talented man on earth, whose perseverance and determination was matchless. Arjuna was among the many Princes who had participated in the Swayamwar. The Pandava Prince was in disguise of a Brahmin along with his brothers Yudhishthir and Bhima.

The Princes present at King Dhrupada’s court were expected to lift a bow (that none could move owing to its weight and power) and then aim at a fish’s eye fixed to a rotating plate on the roof, just by looking at its reflection in the water on the floor. Arjuna was the only one besides Karna who was capable of winning Draupadi’s hand. But Draupadi had already rejected Karna owing to his background (he was a Sut Putra meaning son of a charioteer).

Arjuna stunned everyone present at the King’s court by striking the fish’s eye and by winning Draupadi’s hand. As he returned to his house along with his newly-wed bride Draupadi, brothers Yudhishthir and Bhima, he decided to play a prank with his mother Kunti by telling her that they have been blessed with substantial alms.  He actually refers to Draupadi as 'Bheeksha'. Without seeing what her sons had brought, Kunti instructed the five Pandava brothers to share the alms among them (Draupadi).

But why did she marry five men? Here’s the real reason:

Draupadi had indeed wished for one man with all these qualities but since it was impossible to find someone so immensely talented and gifted by virtues, she was blessed with five husbands in her next birth.

Here’s taking a cue from this episode of Mahabharata :