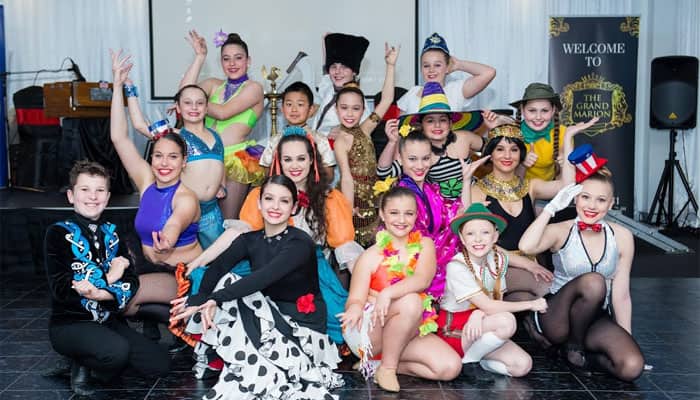 NSW Premier Mike Baird and the Lord Mayor of Parramatta, Councillor John Chedid, today announced the program for Parramasala 2014, a festival of the many diverse and rich cultures in Sydney.

Now in its fifth year, Parramasala will take place over three days and nights, from Friday 17 October to Sunday 19 October 2014, and the focus for this year's festival will be on free, public events and celebrations. This year, the festival activities will be extended beyond Parramatta to include Harris Park for the first time.

NSW Premier Mike Baird said: “Parramatta is home to a culturally diverse population, and events such as Parramasala help us to embrace our state’s diversity and encourage us to learn more about each other’s cultures and traditions.”

The festival will begin on Friday evening with a Street Parade along Church Street, Parramatta, culminating at Prince Alfred Park where a Welcome Ceremony and Concert will take place.

Parramatta's Prince Alfred Park is set to be the heart of Parramasala 2014, with free entertainment on the stage Saturday and Sunday, as well as the Masala Markets which will offer a wide range of stalls and experiences, plus camel rides and a Chai Temple.

"The Harris Park Bollywood Block Party on Saturday evening will transform the intersection of Wigram Street and Marion Street into a pedestrian-only celebration zone where people can enjoy street-hawker style food, dancers, musicians and DJs playing a mix of world and contemporary music," said Councillor Chedid.

"This is a wonderful addition to the Parramasala program and an ideal way to showcase Harris Park's increasingly popular culinary offerings."

Parramasala 2014 has commissioned three works for this year's event program - the documentary Ashok Roy Story by Oonagh Sherrard; and, in partnership with the Information and Cultural Exchange, Diaspora Stories, short films curated by Gary Paramanathan for the South Asian Film Festival, and the Chindian Diaries Exhibition. The work Diva Devine by Heather Lee will premiere at the festival.

There are two international acts appearing at Parramasala 2014. India's Ms Raminder Khurana and the Odissi Dance Group are being brought to Australia by the Indian Cultural Council for Cultural Relations to perform exclusively at Parramasala; and renowned Bharatanatyam dancer, Shobana Balachandra from Chennai, India will be joining her locally based sister Gayatri Krishnamurthy and other dancers from Wentworthville's Thrayee School of Dance to perform Moving Celebrations.

Renowned Indian author, actor, producer and director Anupam Sharma was announced as the Parramasala 2014 Ambassador. Sharma, who is also Head of the Australia India Film Fund, will put his enthusiastic support behind the festival to help promote the event and has provided several of his short videos for inclusion in the South Asia Film Festival which will screen a wide range of films as part of the Parramasala weekend.

Mr Sharma said he was honoured to be Ambassador for Parramasala and excited to be a part of this year's festival.

"Over the years Parramasala has become an important event in the cultural calendar of Sydney and is a major celebration of the vibrant, rich and diverse cultures which are thriving in this wonderful country of ours - I am eagerly looking forward to the 2014 edition," said Anupam.

Big Bollywood Dance - dance schools, community groups and the public are invited to join in on Friday night at Prince Alfred Park - register to take part, learn the dance moves by YouTube video and be part of a mass dance at the Opening Concert.

The Chai Temple - chill out and unwind with an authentic chai tea in the serene atmosphere of the Chai Temple.

Masala Mash - a soulful mix of music, dance and Sufi poets in an intimate, up-close setting at Riverside Theatres.

South Asian Film Festival - a selection of short and feature films exploring a wide range of themes and cultures at Riverside Theatres and the Information and Cultural Exchange.

Chindian Diaries Exhibition - stories of Chinese-Indian mixed marriages told through text, photos and video at the Information and Cultural Exchange.

Art Workshops and Exhibition - meet artists and hear about their work or find your own inner artist in family art workshop at Parramatta Artists Studios.

Full details of the Parramasala program can be found at parramasala.com.

Tom Alter brings Sahir back to life in bravura performance