Bollywood actress Kareena Kapoor has joined in the bandwagon of memes that started after star Football player Cristiano Ronaldo moved Coca Cola bottles aside and put water in front, during a press conference. 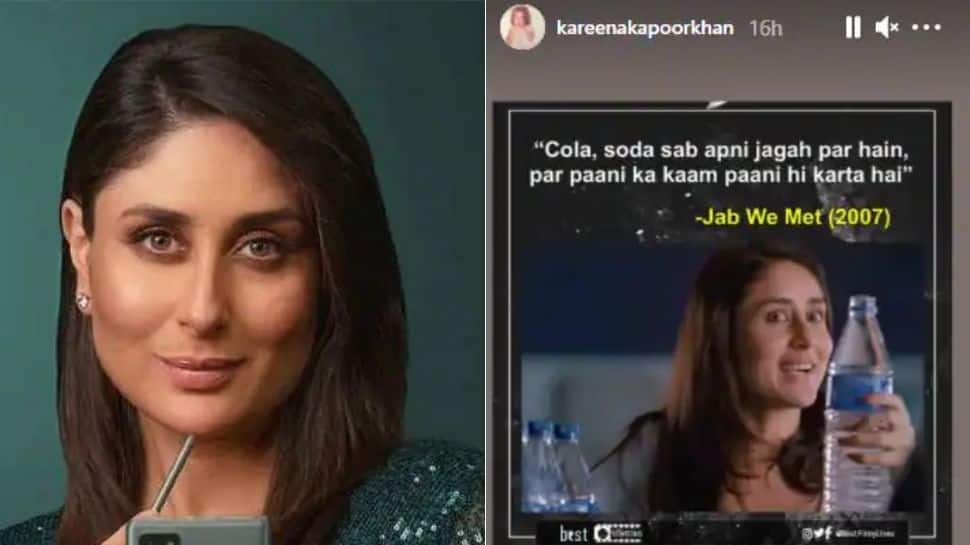 The 'Ki & Ka' actress took to Instagram to share a meme featuring a scene from her iconic rom-com 'Jab We Met' in which she's seen with a water bottle. Much like Ronaldo, she also endorses water over soda and says, "Cola-shola sab apni jagah hai, par paani ka kaam paani hi karta hai (Coke has its own place but no can replace what water provides)".

Kareena also added a few emojis in good fun and to show how her iconic character Geet is still so relevant.

Check out the hilarious meme: 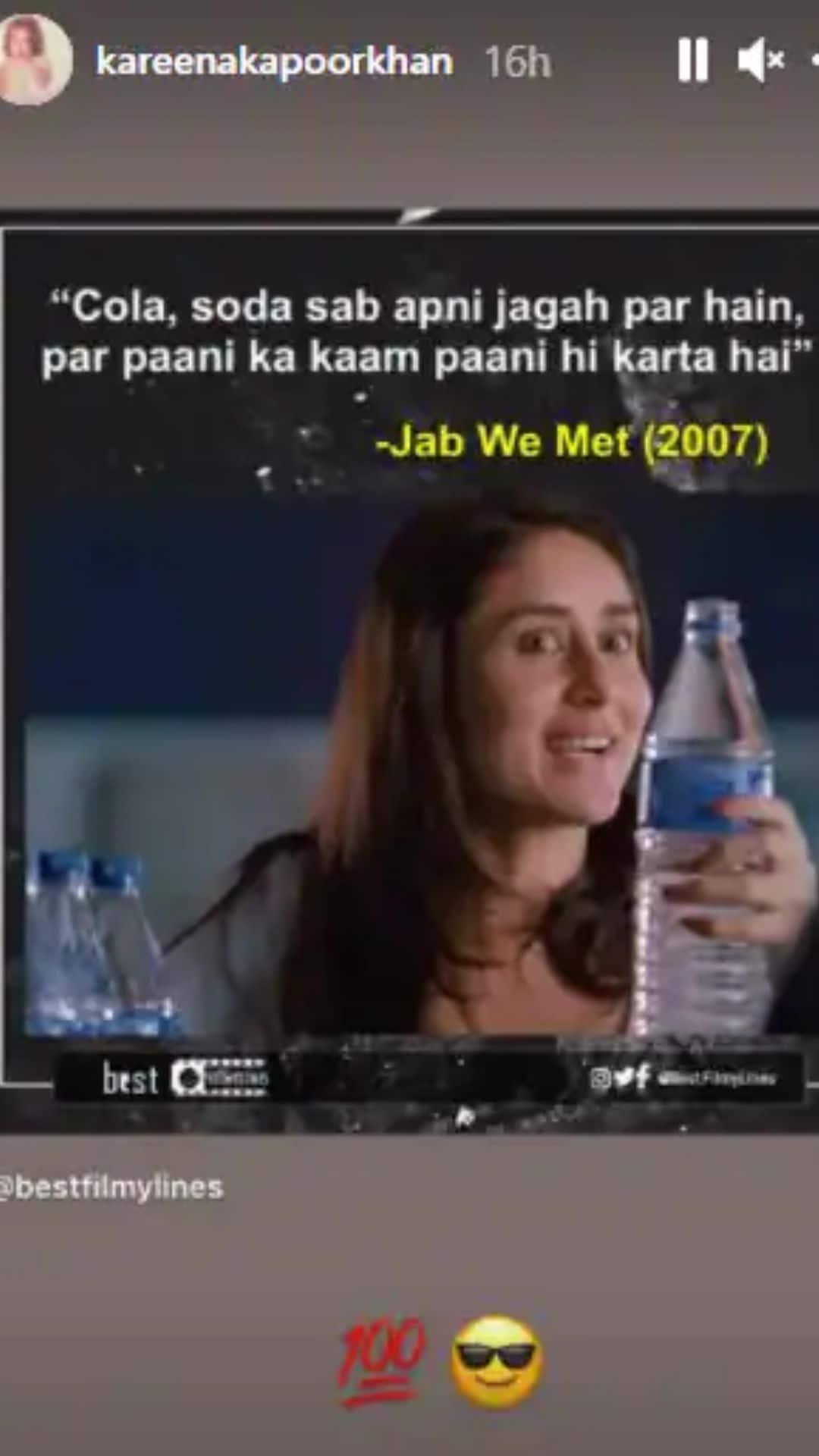 Surprsingly, after Ronaldo's video of moving the bottles went viral, the prices of the beverage company dropped by 1.6 per cent and the value went down from USD 242 billion to USD 238 billion.

Earlier, today Kareena Kapoor Khan had shared an adorable picture of herself standing between her father and veteran actor Randhir Kapoor on one side and husband and actor Saif Ali Khan on the other. The actress had shared the picture on her Instagram account to extend greetings on Father’s Day 2021. The ‘Jab We Met’ actress captioned the photo simply as ‘superheroes.’

On the work front, the actress will next be seen in Aamir Khan’s ‘Laal Singh Chaddha’ and Karan Johar’s multi starrer magnum opus ‘Takht’.