Kareena had shared the first glimpse of her newborn second son on March 8 - Women's Day. 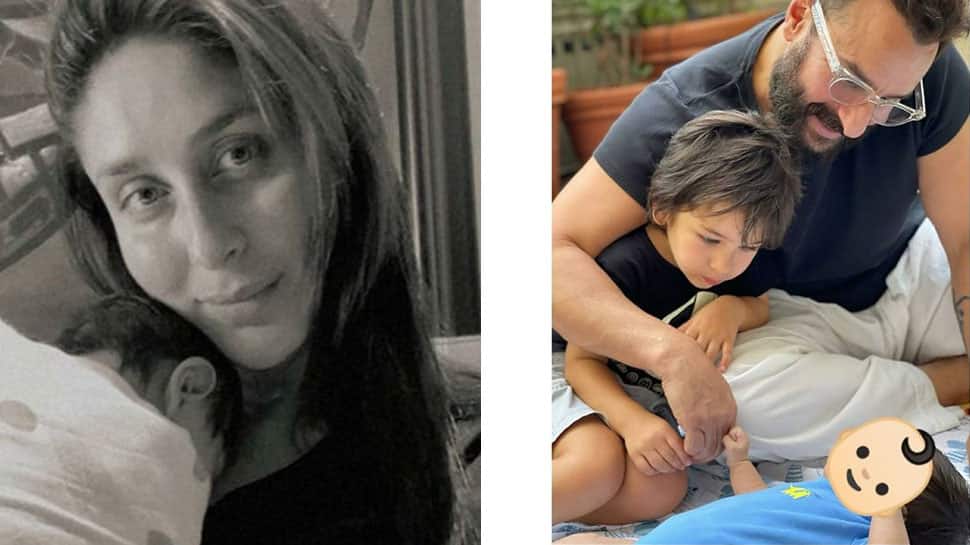 New Delhi: Saif Ali Khan and Kareena Kapoor Khan have finally decided on a name for their second child. Yes! the news was confirmed by Randhir Kapoor and Taimur's brother is called Jeh.

"Yes, Kareena and Saif's younger son has been named Jeh. We finalised it about a week ago," Randhir Kapoor told ETimes. Kareena had shared the first glimpse of her newborn second son on March 8 - Women's Day.

Well, Jeh created a lot of buzz online, as fans were keen to know what is the meaning of it?

WHAT IS THE MEANING OF JEH?

So, Jeh, according to reports and several baby name sites is of Latin origin, and stands for 'blue crested bird'. In Parsi, it means 'To come, to bring'.

Kareena Kapoor and Saif Ali Khan got married in 2012. Their first son Taimur Ali Khan was born on December 20, 2016. And soon after his name was decided, a major controversy erupted over its historical meaning.

However, back then Saif Ali Khan had told Mumbai Mirror, “My wife and I love the sound of it and we love its meaning. I am aware of the heritage of the Turkish ruler—he was Timur, my son is Taimur, an ancient Persian name that means iron."

Kim Kardashian and her mom Kris Jenner make revelations about Keeping Up With The Kardashians!