Embracing the new normal, actor-turned politician Smriti Irani offered Maniesh Paul 'kaadha' instead of chai when he visisted her home. The duo also clicked a selfie to remember the moment. 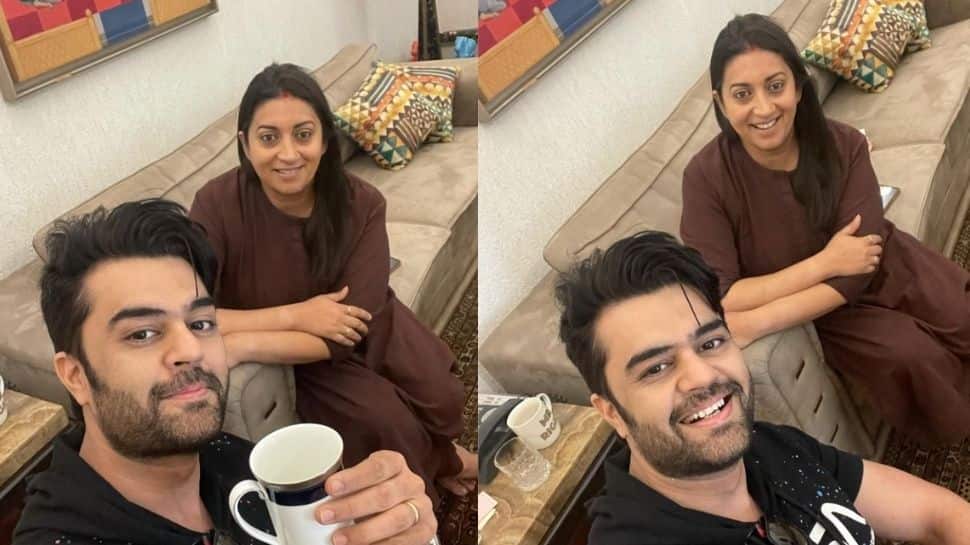 However, instead of offering him tea, the actress decided to treat him to 'kaadha' instead, keeping in mind the pandemic and the dire need to boost our immunity against the virus!

Maniesh, who is known for his jovial nature, joked about the same in his Instagram caption. He wrote, "Thanks for a cup of lovely KAADHA @smritiiraniofficial ma’am....kya time aa gaya hai...chai ki jagah sab KAADHA peeney lage hain!!but thanks for having me over and being warm as always, P.S: mask was taken off just for the pic...love you all, Spread love."

The duo also took a friendly selfie together in which Irani looked visibly leaner and her face was glowing in a no-make up look!

Check out their selfie:

Maniesh began his career as a host on 'Sunday Tango' for Star Plus in 2002 and went on to become a radio jockey for Radio City's show 'Kasakai Mumbai'. Paul has appeared in Bollywood films as well such as the Akshay Kumar and Katrina Kaif-starrer Tees Maar Khan in 2010 and later made his official debut with the film 'Mickey Virus' in 2013.

On the personal front, he married his childhood sweetheart Sanyukta in 2007 and shares two kids with her.