Netizens come across Shilpa Shetty's husband Raj Kundra's book 'How Not To Make Money', point out the 'irony'!

Netizens recently came across business tycoon Raj Kundra's 2013 novel 'How Not To Make Money' and are buzzing on social media pointing out the irony of his recent arrest and the title of the book. 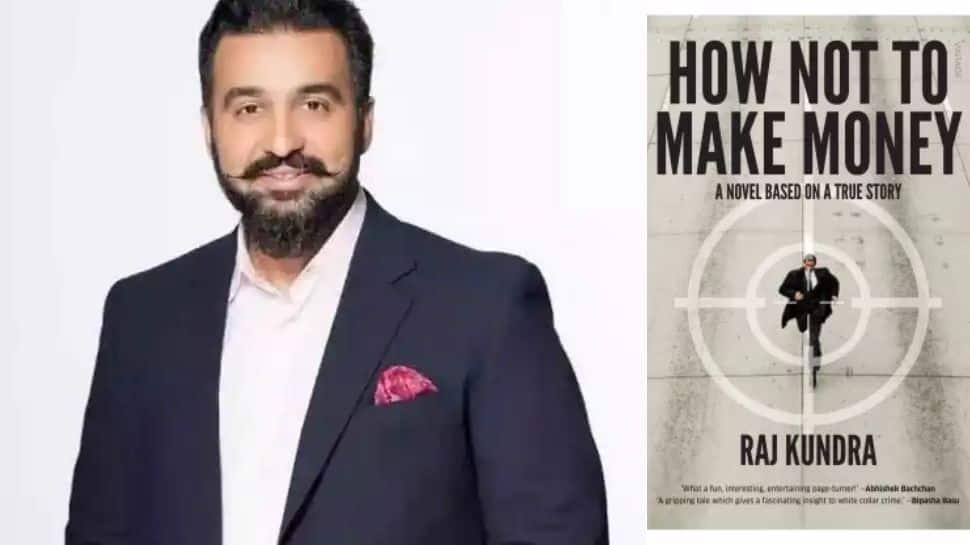 New Delhi: Businessman Raj Kundra, who was arrested by Mumbai Police on July 19, has been the hot topic of discussion in the past few days. Twitter is abuzz with updates on the case and recently netizens came across a book published by Kundra titled 'How Not To Make Money'. The title of the book and Raj's arrest over a case related to the creation and distribution of pornography has led to many users pointing out the irony of the current situation, some even tweeted saying how the book 'didn't age well'.

Check out some of the most amusing tweets by netizens:

Raj Kundra once wrote a book titled "How Not to Make Money". And he proved it  #mondaymotivation #rajmantra #RajKundra

Now Raj Kundra can write a sequel to his book pic.twitter.com/WgstMYrF1R

In retrospect perhaps unfortunate that this was the title of Raj Kundra’s book. pic.twitter.com/KpUvU6CO0B

Ironically Raj kundra authored a book with a name "How not to make money".#RajKundraArrest#Bollywood #shilpashettyhusband

On Friday (July 23), the Mumbai Crime branch team had raided Shilpa Shetty's house and questioned her on the case. On the same day, it was reported that Raj Kundra's police custody has been extended till July 27, 2021. The Mumbai Crime Branch officials are now suspecting an online betting angle. Adult movies have been recovered from the controversial app HotShots.

Mumbai police commissioner in a statement said that there is strong evidence against Raj Kundra, who is the ‘key conspirator’ in the case. “There was a case registered with the Crime Branch Mumbai in February 2021 about the creation of pornographic films and publishing them through some apps. We’ve arrested Mr Raj Kundra in this case on 19/7/21 as he appears to be the key conspirator of this. We have sufficient evidence regarding this,” read the statement.