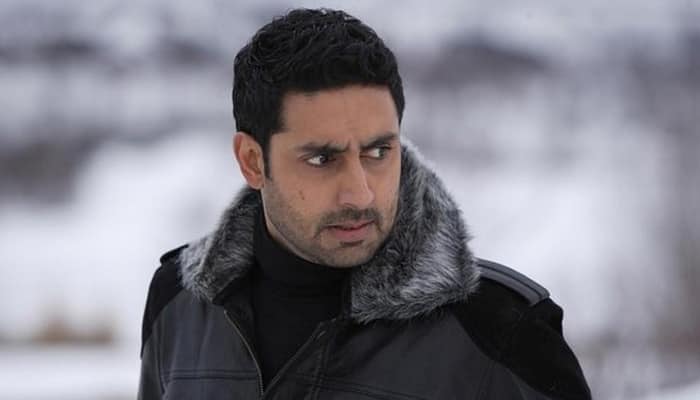 Mumbai: Actor Abhishek Bachchan is eager to see both Sanjay Leela Bhansali's magnum opus "Bajirao Mastani" and Shah Rukh Khan-Kajol starrer "Dilwale". "I have not seen 'Bajirao Mastani' or 'Dilwale'.
I would like to see it as soon as possible. I have been playing football for the last two months. Last weekend we had finals, which my team won. I am dying to see both the films. I am happy both the films doing so well," Abhishek said at an event here today.

"It feels great that when people work hard for a film and audience and media appreciate it. It is fantastic. That is what we live for. Congratulations to both the films. I am looking forward to see it," the 39-year-old "Guru" star said.

"Bajirao Mastani", starring Ranveer Singh, Deepika Padukone and Priyanka Chopra, had a slow start and has picked up pace over the weekend while Rohit Shetty directed "Dilwale" released on the same day had a great opening.

"I am a tech savy person. I usually catch up on sports and entertainment related news online when I am unable to watch television. We don't have a platform that would filter, curate the best. We need a platform like YuppTV as there is a huge boom here," Abhishek said.

The "Dhoom" actor also feels soon a time will come when A-list films (of big stars) will premiere online.