Subhash Ghai felt that intolerance is more of political issue than a social issue where 124 crore people, including the poorest have been tolerant. 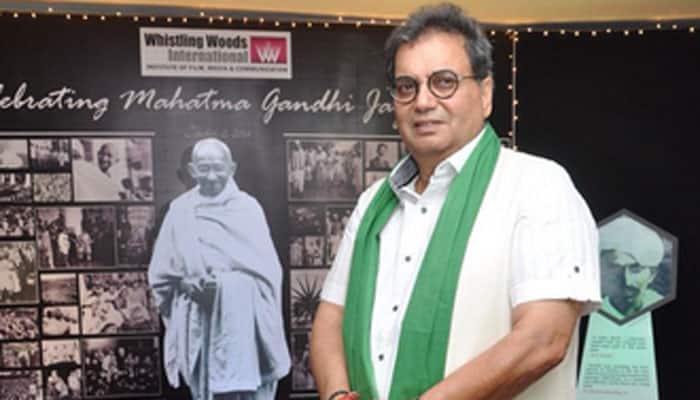 Mumbai: With no end to the debate over "growing intolerance" in the country, filmmaker Subhash Ghai says the whole issue is politically motivated, instead of being relevant to the society.

“Babuji says - intolerance comes from intolerant people who are deprived of power, corruption, promotions, facilitations because of changes made. If 100 crore people living in poverty for 70 years have learnt tolerance as their virtue and strength, so why to debate on 12,000 intolerant gems," Ghai tweeted.

“Finally we can see today that intolerance is more of political issue than a social issue where 124 crore people, including the poorest have been tolerant,” he added.

Ghai's comments were perhaps in reference to recent incidents, involving Bollywood superstars Shah Rukh Khan and Aamir Khan, who faced the wrath for their views on growing intolerance in the country.

The director, who has given cinematic gems like "Karz", "Ram Lakhan", "Khalnayak" and "Pardes", also shared a link leading to his Facebook page on the micro-blogging site to elaborate his point of view.

The Facebook post read: “So finally truth has come out today that intolerance is more of a political farce than a social or communal issue where 124 crore people including poor and poorest job less less fortunate have been tolerant for years. Treating it as their virtue to be tolerant within given situations. And move ahead with new inspirations.”