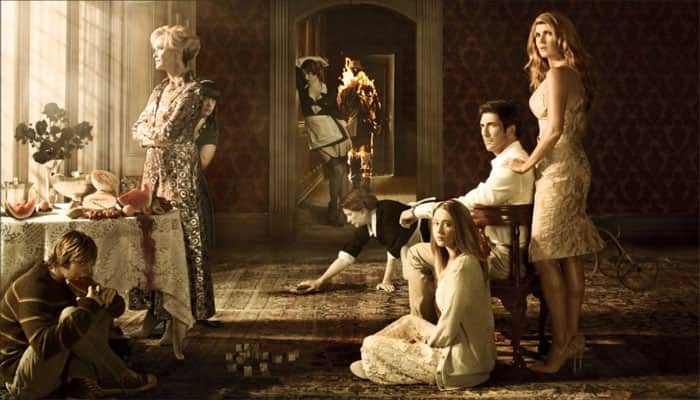 The actress will be reprising her 'Asylum' character Pepper in Freak Show, a first for the franchise, reportedly.

'American Horror Story' creator Ryan Murphy has revealed that 'Freak Show' will show "what happened to Pepper (in the 12 years) before she went to the asylum".

The new season stars Jessica Lange as German expatriate Elsa Mars, who is struggling to keep a Jupiter, Florida freak show running in 1952.

"What Elsa has done for 20 years is she goes around to hospitals and jails and rescues these 'freak' circus performers who are going to be shipped away to asylums and she signs the waivers and she becomes their guardians," Murphy said.
"We thought about it long and hard and we decided that it was interesting to do."

John Carroll Lynch will portray Twisty, a murderous clown who serves as an antagonist for the season. 'American Horror Story: Freak Show' will premiere on October 8 in the US.